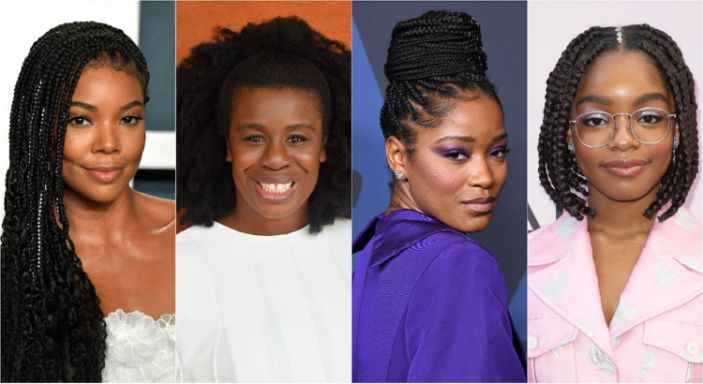 Gabrielle Union, KeKe Palmer, Marsai Martin & Uzo Aduba are just a few of the Black women speaking out against hair discrimination in the workplace and in schools in a new PSA filmed for the September cover story for Glamour magazine which focuses on The Crown Act.

There are subtle (and not so subtle) acts of aggression against Black women that the Crown Act seeks to address. These acts of aggression include not being selected for jobs or promotions due to hair discrimination. And they also include being singled out or even punished in school for wearing certain hairstyles.

Our country has promoted the use of hot combs and relaxers to straighten hair for over a century. And with that promotion was the often unspoken promise that straighter hair would get a women further ahead in her career.

Check out this vintage relaxer advertisement and the subtle message that it’s sending about straight hair helping Black women get jobs.

Although this ad is vintage, the thought behind it is not. Even today straight her is believed to be more acceptable in the workplace and in schools.

Glamour is addressing that topic with their September cover story which covers the Crown Act.

Read more here. And sign the petition to pass the Crown Act here.