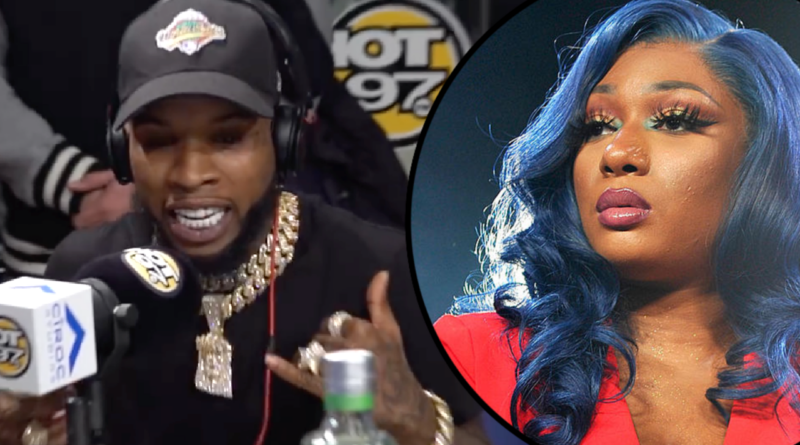 Recently Meg the Stallion went live on her Instagram and talked about what happened to her and how it has traumatized her. She said she’s lost her mother as well as other people in her family within the past couple of years so she’s just been moving too fast and basically letting the wrong people into her circle.

And although she didn’t say it, clearly one of those wrong people was Tory Lanez. Tory Lanez is suspected to be the person that popped Megan in both of her feet, which if you ask me, could not have been accidental because it does take aim to pop someone in each of their feet. That takes aim.

But, according to Tory, in a freestyle he did on Hot 97, “poppin’ chicks” is something that he’s used to. You heard correctly. Tory Lanez did a freestyle about “poppin chicks.”

Let’s take a look at what Meg had to say in her video discussing getting popped and then we’ll take a look at Tory Lanez talking about poppin women in his freestyle.

In case you couldn’t decipher what Tory Lanez said, he said “I’m the hot kid in the school, I pull up to the party and pop chicks in the pool.”

50 Cent has also apologized for posting a meme equating Meg the Stallion to a male character in a movie. He posted:

50 Cent definitely knows what it’s like to get popped because he’s been in that situation before. But we’ll see what Megan thee Stallion has to say about his apology soon enough.

What do you think about Tory Lanez freestyle bragging about “popping chicks” and 50 cents apology? Leave a comment and share your thoughts!