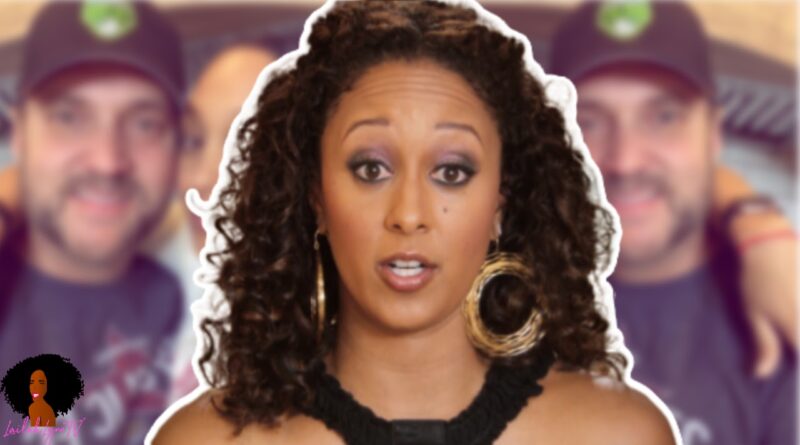 There has been a clip floating around social media for a few days now of a live video from Adam Housley, Tamera Mowry-Housley’s husband and former Fox News reporter. And in the clip you can hear Tamera, in the background, appear to ask Adam’s permission before posting one of her more recent posts about BLM.

So fans of Tamera are wondering why it appeared that Tamera had to get Adam’s permission before posting about BLM.

In the clip you can clearly hear Tamera say

And Tamera says “Is that OK?”

And eagle eyed fans noticed the next post that went up on Tamera’s page after she asked Adam’s permission was a post about BLM.

Now, I think the reason Tamera asked Adam’s permission is because the picture is actually of a friend of Adam’s, who is the Chief of Police in Napa Valley, CA.

I think she asked Adam’s permission to post the picture because its a picture of Adam’s friend.

And I think that because when Adam posted a similar picture on his page he actually said that the Chief of Police is a friend of his.

That post was not the first or only time Tamera spoke out about race in this country. She made another post about raising children and how prejudice actually starts in the home and can be stopped in the home.

I do agree that we, all of us, have the responsibility of creating and molding the children today that are going to be the future leaders of tomorrow. And I want to acknowledge those of us who are parents and who are raising our children to be leaders and to not practice prejudice and discrimination.

A lot of times the work of motherhood goes unnoticed. But as mothers we are literally the ones who have the power to change the future.

They say – the hand that rocks the cradle rules the world. And I’m glad Tamera is pointing out the POWER that parents have.