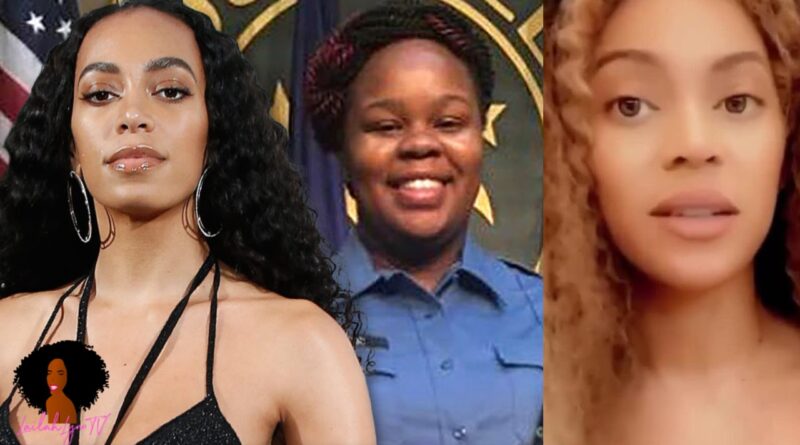 Grammy award winning singer/songwriter Solange Knowles is speaking up and calling for the arrests of the police officers who murdered Breonna Taylor in her home on March 13. And at the same time her sister, Beyonce, is being criticized for not even mentioning Breonna Taylor’s name in her video call for justice.

Solange called out the mayor of Louisville, Kentucky – where Breonna Taylor lived and worked as an EMT.

People have been mobilizing for justice for Breonna Taylor, but it’s just not as many people mobilizing as there are for men like George Floyd and Ahmad Arbery. Not that this is a competition for who’s death gets the most people in the street.

And Beyonce did do a video calling for justice and the end of police brutality. But she only mentioned George Floyd by name, not Breonna Taylor who’s name needs to be said.

So Beyonce and her husband, Jay Z, did receive some criticism for not mentioning Breonna Taylor when her name needs to be said.

But Breonna Taylor’s life was just as important as any man and we should all be outraged by her murder as well. So say their names too.