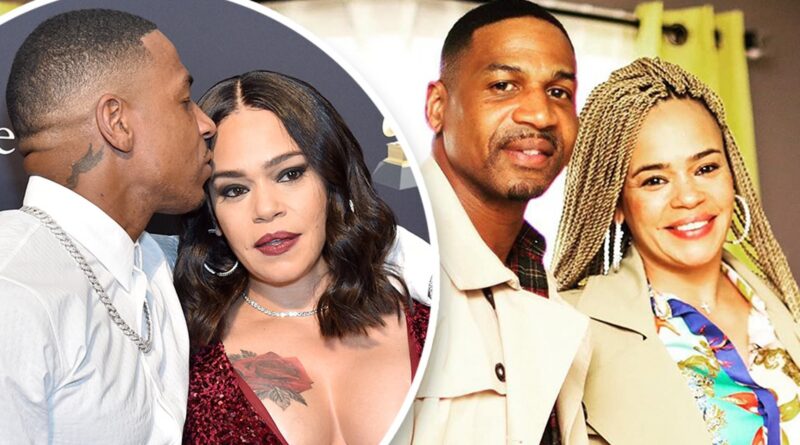 Pop Culture Relationships
May 31, 2020May 31, 2020 lailahlynn
Share this article to start a conversation!

The couple were supposed to celebrate their second wedding anniversary on July 17, but it looks like there may not be much to celebrate.

Law enforcement sources tell TMZ … Faith was arrested earlier this week at around 1 AM after cops got called to their L.A.area home. We’re told Faith and Stevie got into a heated argument, and at some point, it turned violent.

Our sources say when cops showed up they noticed visible marks and scratches on Stevie’s face. It’s unclear what triggered the argument. But, in any event … cops arrested Faith and booked her for felony domestic violence. Faith bonded out later that day.

The arrest comes nearly a year after the couple desperately tried to downplay rumors their marriage was in trouble.

If law enforcement records are correct, it would be Faith Evans’ first violent felony after arrests for cocaine/marijuana possession in 2004 and drunk driving in 2010.

Stevie J appears to have been hinting that there was trouble in their rocky relationship by posting cryptic tweets that some now say were inspired by his marital woes.

Faith Evans has not addressed the allegations directly. But she did post a video to her Instagram today saying ‘Hello’ to her fans amidst the drama.

Prior to today’s report of physical violence, there were previous reports of Steve J cheating on Faith Evans very early in their relationship. Stevie J was accused of fathering a child with Only Fans model, Misha Perry, in 2018.

Misha posted proof that she was in Stevie J’s then home. However, a source close to Faith Evans shared:

“It’s been a really rocky road with a lot of breakups and makeups, so it could have easily happened when they were free to see other people. As far as Faith believes, Stevie’s always been true to her. And she’ll believe in him and give him the benefit of the doubt unless she gets solid proof otherwise”.

Faith has also previously been accused of being unfaithful to Stevie J. Stevie J posted a series of tweets just last December saying that no woman is faithful.

Stevie J later claimed his social media account was hacked and that he did not make the posts.

What do you think could have happened to cause Faith to allegedly attack Stevie J? Leave a comment and share your thoughts!