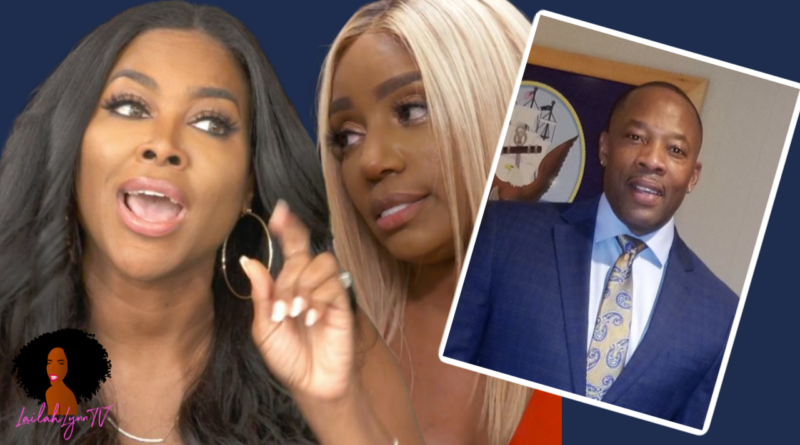 Pop Culture Real Housewives of Atlanta Season 12 Reality TV
May 28, 2020May 30, 2020 lailahlynn 3 Comments
Share this article to start a conversation!

Kenya Moore did an interview with Us Weekly discussing NeNe Leakes’ alleged affair with the milkman, Rodney White!

She explained how it is pretty much an open secret at this point. And she confirmed that castmates on other franchises are aware of their relationship.

“So many of us [] knew that she was out with this man constantly being affectionate, and we knew what she was doing on the side.”

Kenya went on to explain:

“I think the people that know are her friends or her confidantes or her partners in crime and I don’t think that they just wanted to be the one to out them. But so many of them, including Housewives from other franchises, are aware of this man, of Rodney White.”

And that last statement confirms what I shared with y’all in my last video about Gizelle Bryant possibly being aware of NeNe’s alleged relationship with Rodney – and Gizelle allegedly sharing that info with Kenya Moore, which is the word on the street.

“Kenya stated herself that she and Nene have not been on speaking terms for almost two years now, so it makes no sense for her to speak with such familiarity about Nene’s personal life. And to drag her decades-long marriage, family and relationship through the mud on a consistent basis to insinuate anything about my client’s character is sad, confusing, and a despicable PR tactic that we have no interest in contributing to. We encourage Kenya to focus on her own marriage and we wish her well.”