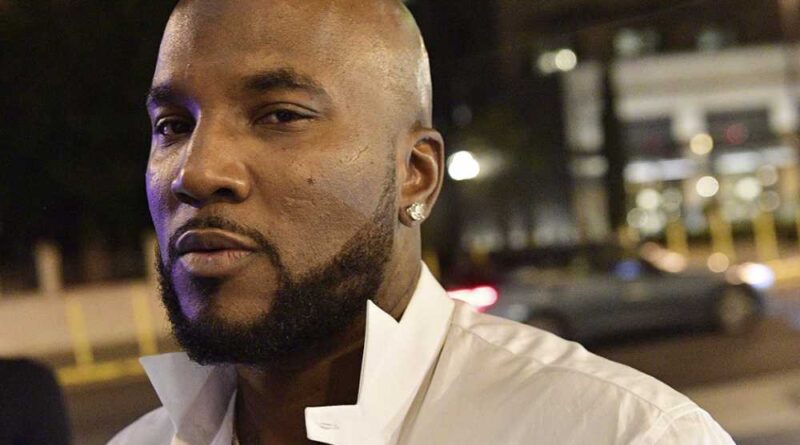 Pop Culture Relationships
May 21, 2020May 30, 2020 lailahlynn
Share this article to start a conversation!

Update: After being blasted on social media, Mahi’s lawyer said Jeezy has paid the $30,000 towards the car.

Earlier today Bossip reported that rapper Young Jeezy had reneged on a $30K child support payment to his youngest child’s mother, Mahi. The child support agreement that he signed reportedly required him to contribute $30K to a new vehicle for Mahi as her vehicle had been damaged in a car accident.

Under the terms of their child support and custody deal – which was inked in March 2020 and obtained by BOSSIP – Jeezy, who in court documents states he makes $135,000 a month – agreed to pay Mahlet $7,500 a month to support their six-year-old, pay for the girl’s nearly $30,000 a year school fees, provide health and life insurance and give Mahlet $30,000 towards the cost of a new car.

Mahlet also said in  court docs that when she was ready to buy a 2020 Jeep Wrangler, she sent Jeezy’s lawyer the info. Mahlet agreed to finance any amount over the agreed-upon $30,000, but she said Jeezy’s “team” stonewalled her.

She said Jeezys lawyer initially said his finances had been affected by the coronavirus pandemic, then insisted the rapper wanted more info about the financial transaction. Despite Mahlet’s lawyer offering different payment options – including sending the money directly to the dealer – Jeezy’s lawyer balked and said he didn’t want to “blindly” send the money, according to her complaint.

Mahlet says it’s crucial that she has the car. She said their little girl lives with her 99 percent of the time while Jeezy left for LA shortly after the COVID-19 lockdown to quarantine with his new fiance Jeannie Mai. The mom said she’s originally from Ethiopia and doesn’t have any family in the United States and “been left as the sole caregiver of the parties’ daughter in this scariest of times,” her court documents, which were obtained by BOSSIP, state.

It’s a shame that Jeezy has left the mother of his child stranded without a car while he’s been booed up with Jeannie Mai and her mother Mama Mai.

Apparently, it took Jeezy being blasted on social media for him take care of his responsibilities. However, this is not the first time Jeezy has attempted to shuck child support payments and instead floss on social media.

Young Jeezy opened up his home last month to Hurricane Katrina victims, and now someone else is looking to him for support: the mother of his 9-year-old son.

The rapper told MTV News in mid-September he was giving shelter to more than a dozen displaced strangers in his Atlanta mansion because he wanted to help them rebuild their lives. “I can only imagine what it was like to be there,” he said at the time. “This is one of the times we’ve got to come together. They can stay as long as they need.”

But just a few days later, Young Jeezy, whose real name is Jay Jenkins, claimed in a deposition that he did not own a mansion nor any home whatsoever, according to Jim Rockefeller, a lawyer representing his former girlfriend Tynesha Nicole Dykes. Jeezy said in a September 26 deposition, and again in court on September 27, that he had no income other than a $35 per diem and that he owned no assets, no home, no car and no jewelry — despite his trademark iced-out Snowman pendant — Rockefeller said.

It looks to me like Jeezy wants to be seen in a positive light, which is why he would open up his home to hurricane victims and even post him playing with Mama Mai on social media – all for the look! But in reality, he has created families with women and bounced. And he has tried to neglect his responsibilities as a father.

What do you think of Jeezy being slow to pay what he owed under his child support agreement? Leave a comment and share your thoughts!