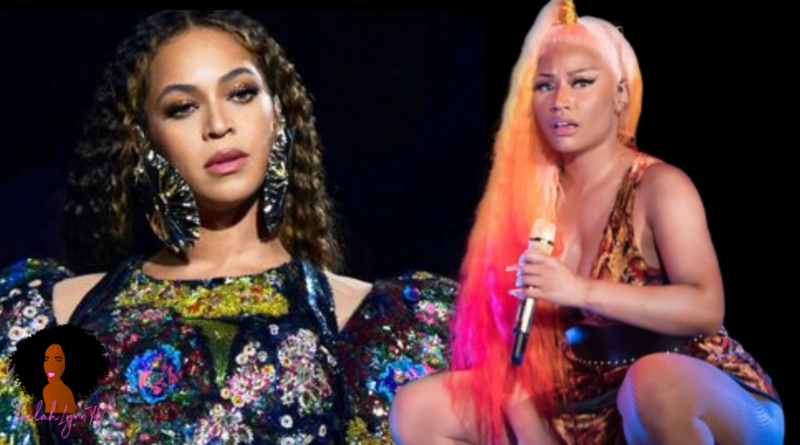 At a time where fans of women in Hip Hop should be celebrating legendary women artists and upcoming women artists in Hip Hop, instead we’re wondering if Nicki Minaj just took shots at Beyonce!

At the end of the song, in a verse that was added after the official remix release, Nicki raps:

“Why you talkin’ ’bout who body fake? / With all the fillers in your face, you just full of hate / That real a** ain’t keep your n*gg* home / Now you lookin’ silly, that’s word to silicone”

Her bars seem to be a direct diss to Beyonce who referenced her own ‘real ass’ on the ‘Savage’ remix when she rapped:

“If you wanna see some real ass, baby, here’s your chance.”

According to sources, Beyonce and Nicki Minaj have not been friendly ever since Nicki Minaj and Meek Mill broke up. Meek is good friends with Jay Z and it seems there may be some tension between the two women.

Fans also think Beyonce appeared to side with Cardi B when Nicki and Cardi B were feuding.

At one point fans thought Nicki’s jab could have been about Wendy Williams who she publicly feuded with recently. But Nicki shut down that speculation with a post to her IG story.

What do you think of Nicki Minaj’s verse on the ‘Say So’ remix?