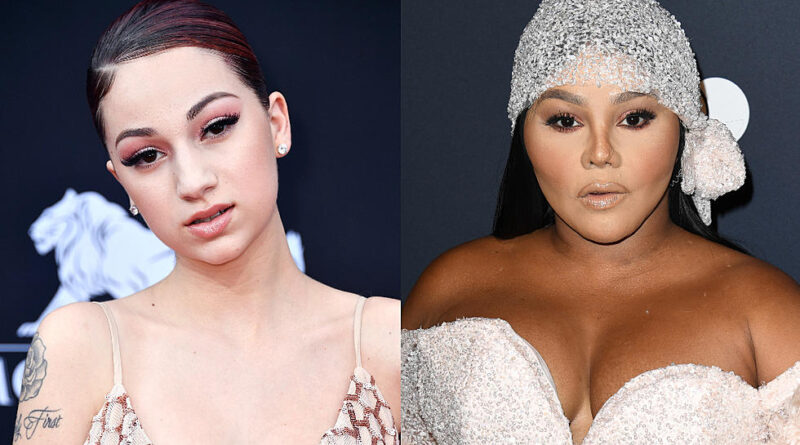 Somebody get this little girl a role model, a mentor, or some type of adult supervision! She has taken things entirely too far and has come for the Queen B, Lil Kim.

In an Instagram live video Bhad Bhabie responded to the recent criticism over her tanning her skin and making her nose and lips fuller by pointing out how Lil Kim wears light foundation and had a nose job to make her nose appear smaller.

Lil Kim is notorious for wearing lighter foundation on her face compared to her actual skin tone. And yes, she did have a rhinoplasty that left her nose looking (weirdly) smaller.

However, I don’t think it’s ever good to defend yourself by throwing someone else under the bus.

And secondly, the European aesthetic has been made the beauty standard in America for centuries! So, as weird as it may look, a Black woman wearing light foundation, blonde hair, colored contacts, and getting a smaller nose is NOT the same as a White woman, whose aesthetic is already celebrated, mimicking the Black aesthetic like Bhad Bhabie does.

What do you think of Bhad Bhabie comparing her actions to Lil Kim? Leave a comment and share your thoughts!