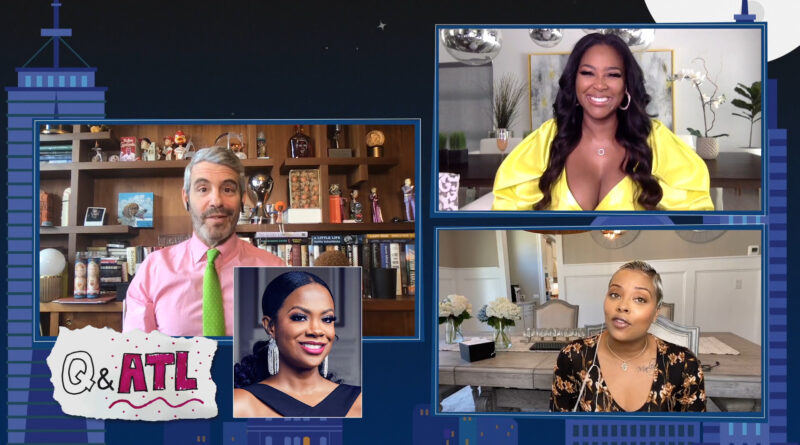 After Watch What Happens Live ended Sunday Kenya Moore and Eva Marcille stuck around to answer a few messy questions about their arch nemesis NeNe Leakes. NeNe has been doing interviews saying that she wants to bring back Real Housewife of Atlanta alums Kim Zolciak Bierman and Phaedra Parks.

“I would like to see her come on as, like, a friend of the show. Play around for a couple of episodes, because I still think there’s unfinished business there. I think it is unfair for the rest of the cast to face people who they have issues with and then she doesn’t get to face who she has an issue with. So, the one time she had a real issue with somebody, all of a sudden, they have to be off the show? So, I don’t think that part is fair, and I think it’s OK for me to speak my opinion about that, Kandi, and I will continue to do so.”

Here’s how Eva (who needed claims doesn’t carry her weight on the show) and Kenya responded to NeNe saying she wants Kim and Phaedra back on the show:

While Kenya said “Yeah. I don’t waste the energy on her” Eva expressed her confusion, because when she came on the show it was no secret that NeNe and Kim were at one another’s throat (no pun intended). Eva feels it’s strange now that NeNe has fallen out with Kenya she wants Kim back.

What do you think about NeNe campaigning to bring back Kim and Phaedra? Leave a comment and share your thoughts!