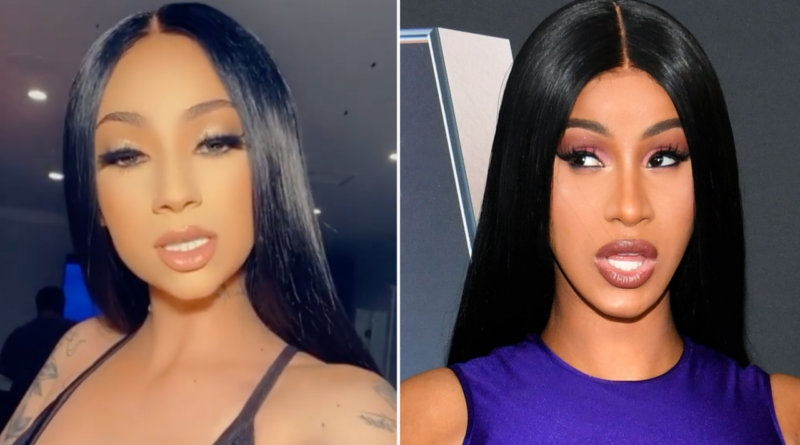 Bhad Bhabie, a 17 year old Caucasian girl, is once again making headlines for mimicking the physical features of women with African ancestry. Bhad Bhabie, real name Danielle Bregolli, has gone as far as to tan her skin and copy the hairstyles of Black women. But this time people say she has taken her “black fishing” too far and has actually had surgery to WIDEN her nose.

Here is what Danielle looked like when she first garnered media attention after her appearance on Dr. Phil:

Her skin is darker, presumably from tanning. But her nose is visibly wider.

Her new look has garnered mixed reactions, with some of her fans saying they love it. And others pointing out how she looks like Cardi B:

Cardi B recently made headlines herself for allegedly getting a nose job to make her nose appear less wide.

The power of makeup is amazing so there’s no telling if either Cardi B or Bhad Bhabie went under the knife or not. But from the looks of things, they are definitely pursuing a similar aesthetic that sells in the music industry: mixed race/racially ambiguity.