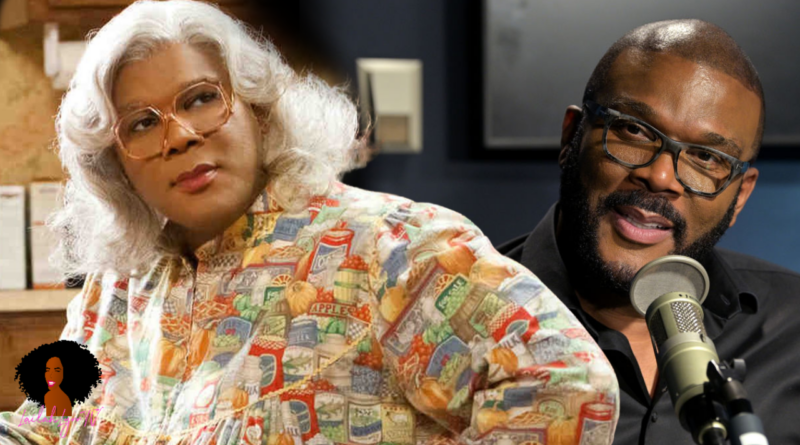 Actor, director, producer and all around DIYer, Tyler Perry, recently sat down with TI on his expeditiously podcast to address the criticism he’s received throughout his career. Much of that criticism has centered around his choice to don a dress and wig to and portray the older, Black, female character ‘Madea’.

Comedian Dave Chappelle notoriously described how (in his opinion) Hollywood emasculates Black men by requiring them to wear dresses and portray Black female characters in order to become successful.

Tyler Perry addressed Dave Chappelle’s comments by pointing out that Hollywood never forced him to wear a dress. He decided to wear a dress and portray a Black female character on his own accord, not at the direction of Hollywood.

Chappelle is one of the most brilliant people I have ever seen in my life. Not just in comedy but the man is smart. A heavy, brilliant thinker. So, if that’s the case in Hollywood, then that’s the case. But that’s not my case. Nobody owned that dress but me.

A $2 billion franchise, nobody told me to put it on, nobody makes me put it on. It was all on stage. Black man owned the whole show, it was my choice. So when I got to Hollywood and wanted to do ‘Diary of A Mad Black Woman’, it was my choice. And 19 movies since then, it’s been my choice.

Tyler Perry went on to explain to TI that he actually does not enjoy wearing a dress (which he has expressed before.)

I’m not a man that enjoys wearing a dress. For me, as an actor, it’s a costume. If somebody goes to Walmart to work, they put on their uniform. For me, that’s putting on a uniform, going out making people laugh, lifting them up, encouraging them … Some people might not like the way the message got there, but for me, it’s important that the message landed and helped somebody

Check out the full podcast below, the conversation regarding Black men in dresses portraying Black females starts around the 20 minute mark.

READ  Dr. Dre's Alleged Side Chick Speaks Out After Wife Accuses Side Chicks Of Wearing Her Chanel Shoes!
Powered by Inline Related Posts

What do you think of Tyler Perry’s responses to the criticism? Leave a comment and share your thoughts!