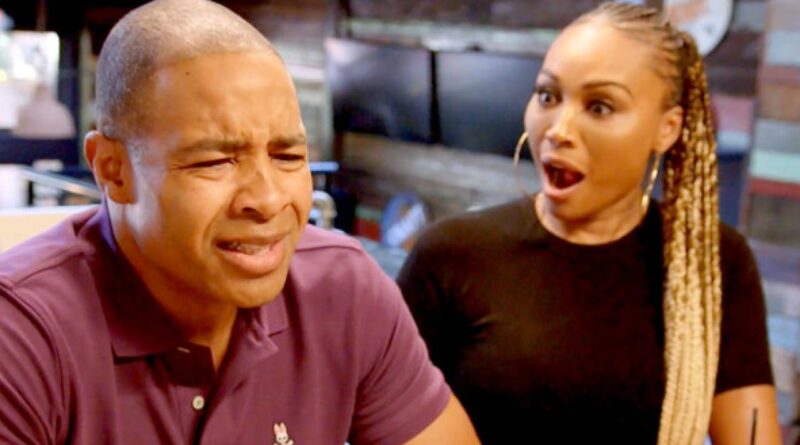 Looks like Mike Hill has some explaining to do! Not only has Kenya challenged Cynthia Bailey’s wine knowledge, but Cynthia’s own fiance Mike Hill has flat out said that Cynthia knows nothing about wine!

Mike Hill, author of the book “Open Mike”, appeared on The Only One In The Room after show podcast with Scott Slaughter and had a very casual and open conversation with the host. During the conversation Mike talks about Cynthia’s “potential” as a business woman. He says:

Cynthia still has a lot to grow… Her potential is phenomenal…She has a wine cellar that is going to be highly successful in Atlanta and they’re already thinking about expanding. She knows nothing about wine, except she likes to drink it!

Mike then goes on to compliment Cynthia for her ability to focus on a business and make it successful.

Listen to the audio below. Mike’s statement starts around the 5 minute mark.

the-only-one-in-the-room-podcast.simplecast.com/episodes/scott-talks-to-mike-hill-VGOhvklW(opens in a new tab)

In my opinion, Mike Hill sounds condescending and patronizing describing Cynthia Bailey as a woman with a lot of business “potential” when Cynthia has clearly already been successful in business. Her modeling career was a business venture in which she was very successful. And she has several successful businesses like the Bailey Room, The Bailey School of Modeling, and her line of fashion accessories.

Do you think Cynthia will confront Mike about him saying flat out ‘she knows nothing about wine’? Leave a comment and share your thoughts!