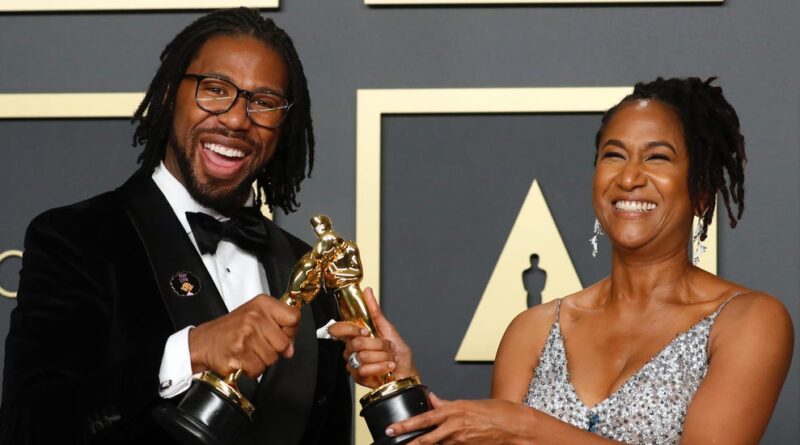 Death and life are in the power of the tongue: and they that love it shall eat the fruit thereof.  –Proverbs 18:21

Director Matthew Cherry is living proof that their is power in our words. His short animated film, Hair Love, took home the Oscar last night, after he had predicted that his work was Oscar worthy many years before.

The animated short film tells the story of a father learning to style his daughter’s hair.

Director Matthew Cherry tweeted what his full acceptance speech would have been if he didn’t get cut off and in it he highlighted the need to normalize Black hair and protect Black people from hair discrimination.

He also brought along high school student, DeAndre Arnold, who was told by his Texas high school that he would need to cut his dreadlocks in order to participate in his high school’s graduation ceremony.

In his remarks, Cherry called for federal passage of the CROWN (Create a Respectful and Open Workplace for Natural Hair) Act, a California law that prohibits discrimination based on hair style or texture. New York and New Jersey have also passed the CROWN Act, and other states are considering similar legislation, according to the CROWN Coalition, a network of civil rights and advocacy groups.

What do you think about Matthew Cherry’s win? Do you think it will affect real change in how Black hair is perceived, particularly in work and school settings?