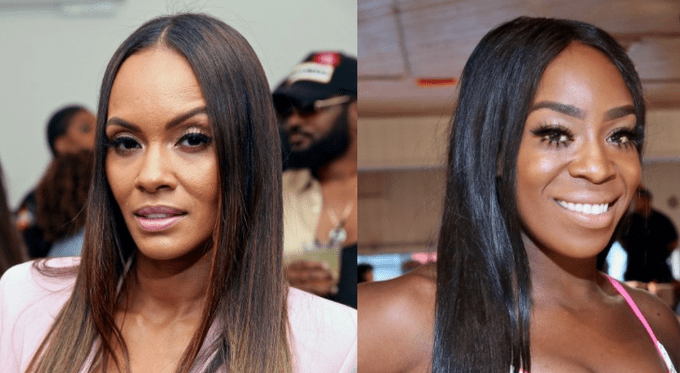 Evelyn Lozado unveiled during an IG story Q&A with a fan that she would “Probably Not” be returning to the show, ‘Basketball Wives’ for the new season.

It’s not surprising that Evelyn would have second thoughts about returning to the show after the way she embarassed herself last season.

Her ‘petty’ drama with OG Chijindu got a little too real when OG pulled out receipts showing that Evelyn’s ex-husband Chad did want her.

And she had to be embarrassed when she tried to attack CeCe Guiterrez and ended up in the bushes!

However, the most embarrassing part for Evelyn has to be her ex-husband, Chad ‘Ocho Cinco’ Johnson, teaming up with OG earlier this month to host a charity basketball event and throw a little shade at Evelyn.

Sources have told TMZ, right now Evelyn is trying to figure out if ‘Basketball Wives’ paycheck is worth all the drama that will inevitably come with it.

Would you like to see another season of Evelyn Lozada on Basketball Wives? Leave a comment and speak your mind!