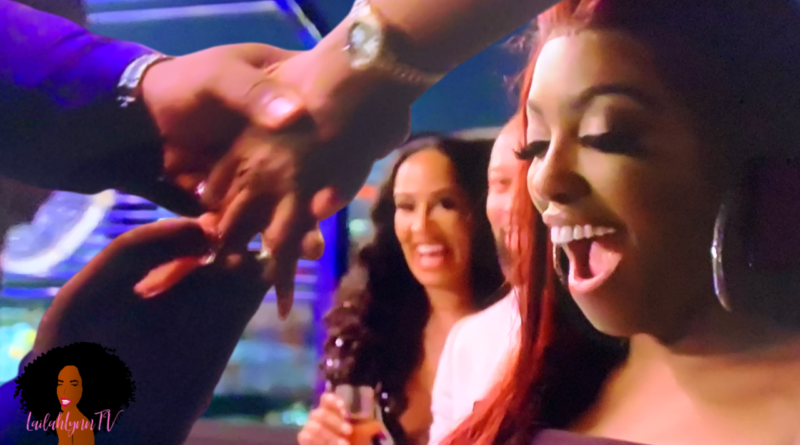 In the preview for next week’s episode of The Real Housewives of Atlanta there is a brief clip where Porsha’s mother, Dianne, can be heard saying that she didn’t wait all these years for her daughter, Porsha, to be a ‘baby mama’. Not a SINGLE mother, but a ‘baby mama’.

And I just want to address the Black community creating and using the term ‘baby mama’ to demean single, Black mothers who are raising children mostly on their own.

IMO and the opinion of a large part of society, the term ‘baby mama’ is demeaning. And people use that term as a weapon to demean and put down mainly black, single mothers, who are raising their children mostly on their own.

Now I don’t want to come off like I’m judging someone’s mother because it’s not in my character to talk about people’s parents. So BE CLEAR, what I am talking about is use of the word BABY MAMA to categorize and stereotype and demean Black, single mothers. And I’m bringing attention to the fact that many of our own mother’s have raised us to avoid becoming “baby mama’s” to our detriment.

To be a black, single mother in our society is to be seen as less than a woman who is married with kids. Our society categorizes and classifies women constantly. And if you fall in the category of a Black, single mother, then you’re labeled with the term ‘baby mama’ and you’re classified as having less value than a mother that is married.

That’s just how American society sees it. A Black, unmarried mother is seen as having less social value than a Black mother who is married. Let’s keep it real, American society views a Black, single mother as contributing less to society and less to the world and actually being a taker from society and living off what other people contribute.

And the thought is that, if the “baby mama” had more value and had more to give to the world, then a man would have married her before having children with her. She either would have demanded marriage before children. Or the man would have seen her value and decided to marry her before having children with her. But either way it goes, a Black, single mother is given the label “baby mama” by our society to make it clear that she is of less value than other, married mothers.

But by warning their daughter’s not to become that stereotype, not to become a baby mama, they’re actually supporting the stereotype that there is something wrong with being a Black single mother.

When in reality, if you are a mother, raising your children to the best of your ability – then you are not wrong. You are not wrong and you don’t have to accept the labels and the stigmas that society tries to put on you.

And you don’t have to marry a man, just to avoid being called a “baby mama.”

And I honestly think that is what’s going on with Porsha. This is my personal opinion. And I believe Porsha was raised with very traditional values. And I believe that she was raised not to be a “baby mama” just like we heard Ms. Dianne say.

So if that means she has to marry a man that publicly embarrasses her and makes her look like a fool on international television by cheating on her, taking her engagement ring, and then making her jump through hoops doing the work to forgive him, only for him to give the same ring back to her as some type of prize – when he was the one that was wrong in the first place, then that’s just what she’ll do to avoid being seen as less than or a “baby mama” in society.