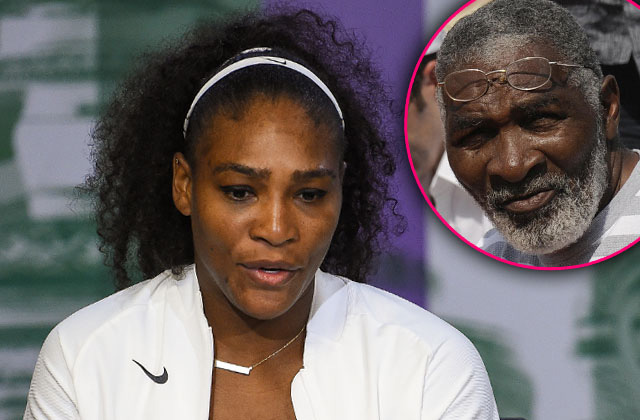 One of the 19 siblings of the talented sisters Venus and Serena Williams has spoken out about their father calling the father a “serial cheat.”

Sabrina, 55, is Richard’s firstborn daughter whom he left home to buy a bicycle for when she 8 only to never return.

She says he left their family and started another. That family being the one he started with the mother of tennis super stars Venus and Serena Williams.

“My mom told me later that he’s never coming back, We went from having everything to nothing. The best dresses, parties, we’d go places. Now there was no new shoes or clothes. He’s not a dad. He was just a sperm donor.”

“I know there’s more siblings, I was told between fifteen and nineteen all over the place, from LA to Louisiana,

“My mom always argued with my dad about his affairs, he was a serial cheat. I remember that was always the main thing they’d talk about.”

Sabrina suffered abuse at the hands of her mother for years. After leaving home at “20 or 21” she slept in her car for 6 months.

“Somehow I got hold of my dad through a relative and asked for $1,000 to pay some of the college bill at Hope Christian University,”

Sabrina, says she met her famous siblings for the first time at Knott’s Berry Farm, a theme park in California. The sisters were there with Richard.

“I saw him and thought: ‘Hey, that looks like my dad.”

“I went over, we exchanged hellos, and we hung out for an hour, that was it.

He gave me his number and told me to call him, then guess what?

The number he gave me was out of order.”

What do you think of Sabrina calling her father a ‘serial cheat’ among other things? Leave a comment and speak your mind!