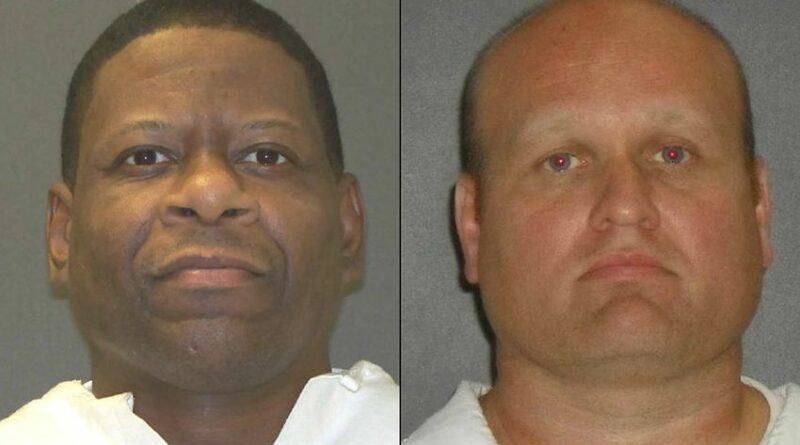 Celebrities like Kim Kardashian, Rihanna, TI & Meek Mill have taken to social media to urge their fans to sign a petition calling on the State of Texas to halt the execution of Rodney Reed, a death row inmate, in light of new evidence in his case. Cops (including the police officer boyfriend of the victim) initially said Reed raped, assaulted and strangled the victim to death. Rodney Reed has maintained his innocence for over 20 years now.

The victim, Stacy Stites, was dating police officer Jimmy Fennell and at the same time having a sexual affair with Rodney Reed.

[Stites] body was found by the side of a country road near Bastrop. DNA from semen found inside her belonged to Rodney Reed and on the basis of that match, officials concluded that while on foot he somehow abducted her as she drove from Giddings to Bastrop to work an early shift at the H-E-B. He then raped and murdered her and dumped her body. Notably, aside from the DNA, there was no other physical evidence linking Reed to the crime. Reed was convicted of the murder and sentenced to death in 1998.

Reed has maintained that he was actually involved in an affair with Stites just before she died, which would in theory explain the DNA. Reed’s supporters (among them friends of Stites’) argue that Fennell – who, they propose, found out about the affair and was enraged – is a far more likely suspect, one never fully considered by investigators. Police never searched the apartment Stites and Fennell shared, though it was the last place she was reportedly seen alive, and they had returned to Fennell the pickup truck she’d allegedly been driving the morning she disappeared before thoroughly processing it for evidence.

This is urgent. On November 20th, Texas is scheduled to execute an innocent man for a rape and murder he did not commit.

Mountains of evidence exonerates Rodney Reed. All of that evidence was kept from the all white jury that convicted him. Instead, the evidence implicates the victim’s fiancé – local police officer Jimmy Fennell – who has a history of violence against women, including being convicted for kidnapping and sexual assault soon after Rodney was wrongly sent to prison.

Governor Greg Abbott has stopped an execution before. He can again. A huge public uproar right now could force Abbott to free Rodney Reed and stop this execution.

According to reports, the victim’s fiance, Jimmy Fennell, who later served time in prison for unrelated sexual assault and kidnapping, admitted to the murder while in jail. He allegedly confessed to his cell mate and his cell mate has signed a sworn affidavit confirming the confession.

The fact that Rodney Reed is still scheduled for execution despite new evidence in his case sounds about ‘white’ to me!