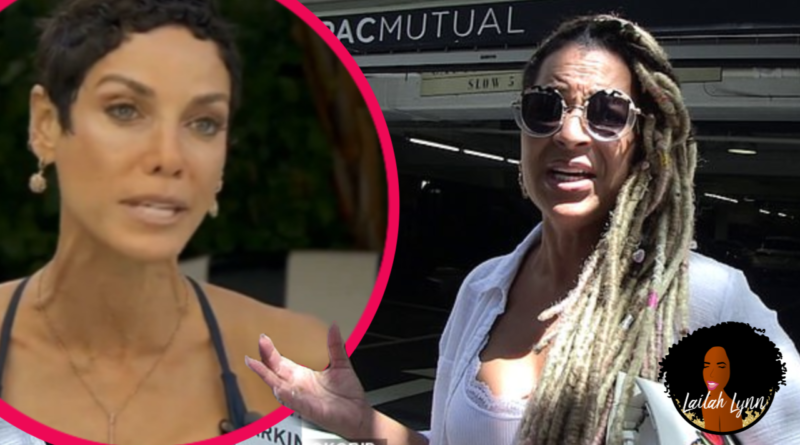 Lisa Raye claimed that old rumors about Nicole Murphy having an affair with Lisa’s ex-husband were ‘absolutely true’ when she spoke with TMZ on Wednesday. Earlier that day Nicole Murphy apologized for passionately kissing married director, Antoine Fuqua, in Italy last Saturday. Lisa Raye said she went through something similar with Murphy when she was married to Turks and Caicos politician Michael Misick from 2006 to 2008.

She went on to accuse Nicole Murphy of having ‘no loyalty’ and said she didn’t understand how a ‘family kiss’ turned into an ‘I’m sorry apology.’

LisaRaye, who is the sister of rapper Da Brat, insinuated that she knows of several similar situations with Nicole and married men but declined to name names.

As for Nicole’s claim that she didn’t know Fuqua was still married, Lisa Raye said everyone knew they were still married and called the situation ‘bulls**t.’

Lisa Raye said “I don’t know if she’s a home wrecker or not but I know what she’s doing to people’s homes is just wrecking it’. In her own situation, she said she ‘definitely confronted’ Murphy over her alleged tryst with Michael Misick.

But I would think that after being confronted by a woman like Lisa Raye, that that would have been the wake up call that Nicole Murphy needed to get her act together and stop messing with married men!

But a source directly connected to Nicole tells TMZ, Nicole denies LisaRaye’s allegation. According to the source, Nicole says, “It’s not true. She’s [LisaRaye’s] been saying that for years. There’s no truth to that.”

Leave a comment and let me know if you think it’s true and that Nicole Murphy did mess around with Lisa Raye’s husband? I think it’s true based on her pattern of behavior and I’m looking into finding out what other women’s husband’s she may have dated