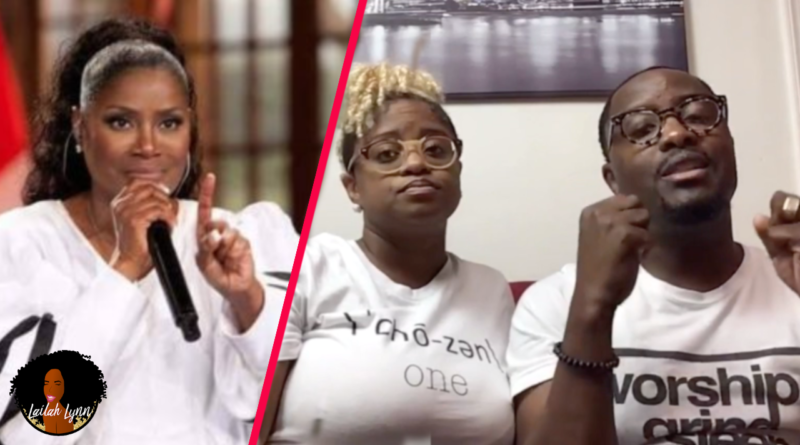 On Monday, Dr. Juanita Bynum went live on Facebook and explained that she cancelled an appearance due to Pastor John Moore entering her hotel room without her permission and viewing her undergarments.

I don’t know any Pastor that holds his tongue when he’s been accused of something, so I knew it would be just a matter of days before we got his side of the story. And today is that day.

Pastor John and his wife went live on Facebook today, just like Juanita Bynum did on Monday, and told their side of the story.

In my personal opinion, I still don’t think he should have gone in Juanita Bynum’s hotel room even if he thought she hadn’t checked in yet. And it seems like looking back he understands that now and he is apologizing for it.

So now, in my opinion, the conversation has changed. Instead of talking about whether he was right or wrong to enter Juanita Bynum’s hotel room (which he admitted he was wrong) I want to talk about whether Juanita Bynum was right to put him on blast like that – when she knew that he thought she hadn’t checked in yet!

According to Pastor John, Juanita Bynum knew that he thought the room was empty when he entered it. She allegedly knew he was trying to enter her room before she put her stuff in it. So was she right to call him out on Facebook like she did? Was she right to bring this much attention to the situation? Leave a comment and let me know what you think!