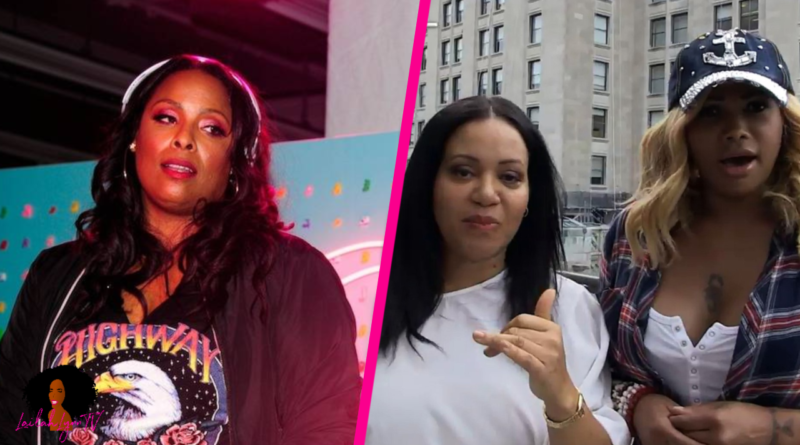 If you watched the BET series Ladies Night or heard any news about Salt n Pepa lately, then you likely know that Spinderella recently revealed that she was fired from the group, Salt n Pepa. She is no longer DJing for the rap dup and she wants no part of Salt n Pepa, except for the money they’ve allegedly kept from her.

She announced on May 2 via Instagram that she had actually been fired from the group via email back in January of this year. You can see most of the events that led to Spin being fired on the BET Ladies Night series. But what we didn’t get to see, it’s what’s finally coming out now.

Spinderella has revealed, via court documents, that Salt n Pepa has allegedly been screwing her out of money for decades!

Spin’s filed suit against her group mates of nearly 35 years … claiming the screw job started with their ‘Best of’ album, released in 1999. In the suit, she says she was promised one third of the royalties for the record, and even got a phone call telling her she would be getting $125k … but she never got it.

According to the docs, obtained by TMZ, that was just the beginning. Spin says she also got cheated when Salt-N-Pepa excluded her from a VH1 TV show based on the group’s rise to stardom. In the suit, she says she was promised one third of the group’s fee for the show — and even though she got an occasional guest spot, she got way less than one-third.

Even worse, Spin says she got ZERO compensation for their appearance at the 2018 Billboard Music Awards.  But, according to the suit, she got the biggest shock this year. Spin says she was informed by SoundExchange — which collects and distributes royalties to artists — that her group mates had been paid more than $600k in royalties over the last decade, but she hadn’t seen a dime of that money.

Spinderella’s suing for trademark infringement — she says Salt-N-Pepa continue to use her to promote performances — and fraud and breach of contract.

What do you think of Spinderella suing Salt-N-Pepa? Do you think they’ve been keeping her share of money from her for all these years? Leave a comment and let me know what you think!