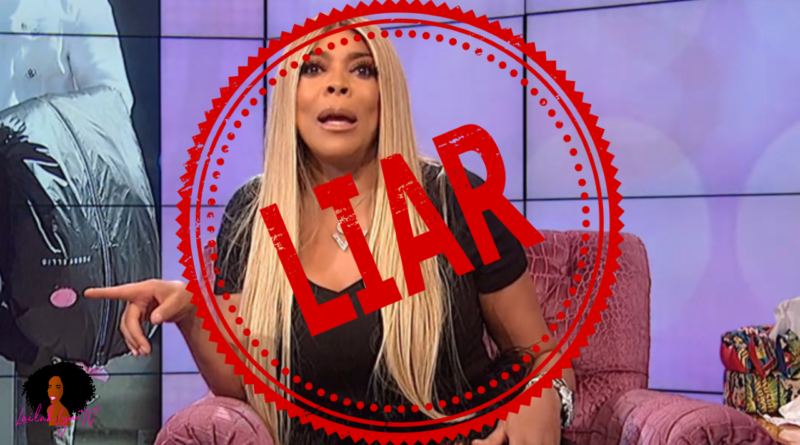 Wendy Williams claimed on the very first episode of her show this week, Monday, that she’s now seeing a doctor who she is “crazy about” and that she’s no longer dating 27 year old Marc Tomblin. Well according to sources close to Wendy, Wendy is lying about dating a doctor! And she made up the lie because the Wendy Williams Show executives were not happy at all about her being seen having a hot girl summer with a 27 year old ex-con!

Wendy‘s staff members were blindsided by the news that she’s dating a middle-aged doctor, RadarOnline.com exclusively learned. On the July 8 episode of The Wendy Williams Show, Wendy Williams announced on air that she’s dating a medical professional in his fifties just weeks after she was spotted with ex-felon boy toy Marc Tomblin, who is 27.  A source spilled to Radar that Williams’ employees believe it was an attempt to save her job and image!

The source says “Her team didn’t know she was going to make the announcement. They believe she did this to make sure her bosses knew she was no longer with the young kid.”

The insider claimed to Radar that Wendy Williams Show executives felt “very uncomfortable” after photographs surfaced of Wendy Williams “running around New York” with Marc Tomblin last month. So on the July 8 show, Wendy Williams joked that she was over dating younger men.

She said “27-year-old boys, quite frankly, find me attractive. I get it, but when it comes time for the comfort of a man I need someone in his 50s, too, and he’s gotta work.”

Wendy Williams’ staff have even gossiped about her faking the relationship. The source told Radar “Ratings have been awful recently. She’s now focused on saving the show and will do whatever she has to to keep it on the air.”

Sidenote: I’m not going to get into researching and showing y’all the latest ratings for the Wendy Williams show because they’ve been airing re-runs. So of course the ratings would be down. That’s a no-brainer. So I do think the source may be adding 20 on 10 by saying that Wendy Williams is trying to “save the show” because the ratings are down.

But I do believe that she may be lying about being in a relationship with a doctor because the Debmar Mercury executives are unhappy with her image being seen out and about with a much younger man. Especially one who happens to have a criminal background.

I can believe that Wendy has been advised that being seen with a younger guy that people assume is mooching off of her is not good for her image. So now she’s trying to clean up her image by pretending to be in a relationship with a man her age that has a respectable career.

I can believe that especially since a lot of those picture Wendy posted of her hot girlin’ it on her @wendyshow Instagram have been deleted. So I think it’s possible that Wendy is not dating a doctor and is just trying to do some damage control now that she’s back on the air and her ratings really count now.