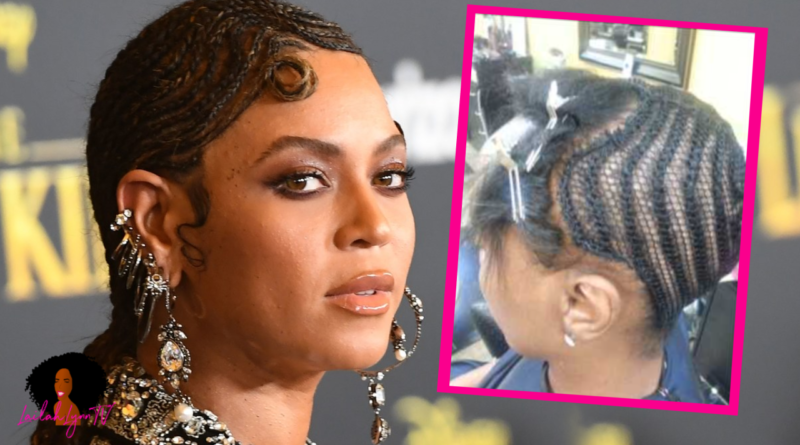 Disney’s live-action remake of The Lion King won’t hit theaters until July 19, but last night (July 9) the stars hit the red carpet for the premiere in Los Angeles. And Beyoncé, who stars in the film as the grown-up Nala, won the night, arriving in coordinating Alexander McQueen looks with her daughter, Blue Ivy. And rocking a head full of braided finger waves!

Beyonce’s been known to be a trendsetter but this time she’s doing it by combining two “trends”, rocking braids and finger waves at the same time.

Personally, I’m here for the look! I think it’s really creative to do a whole head of curved cornrows, especially in the style of finger waves. And I already know by next week a lot of y’all will be trying out the same hairstyle, since judging by Twitter, a lot of y’all were here for it.

But some people on Twitter, of course, were not here for anybody other than Beyonce trying this look at home.