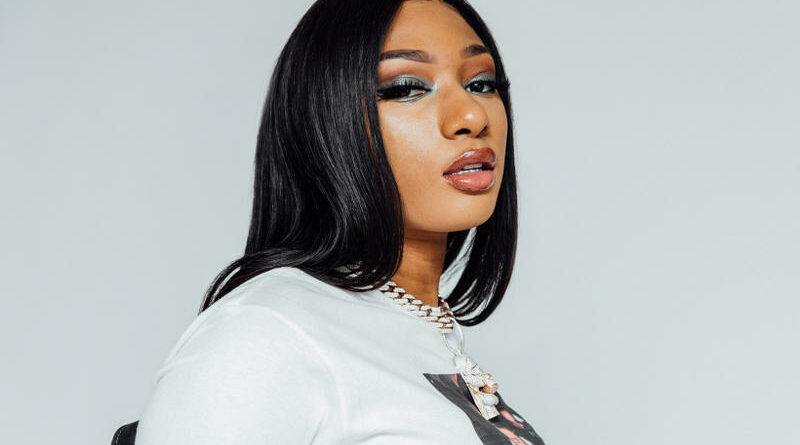 Megan Thee Stallion is Hip- Hop’s newest sensation. Hailing from Houston, Texas, she’s the first female rapper to put a mark on her city, making a way for other female rappers from Houston. Her raw and unfiltered lyrics provides a voice for this generation, saying what most of you are thinking. In addition to being an artist Megan is also a full -time college student majoring in Health Administration, in which she attributes that decision to her late mother Holly Thomas (also a rapper) who died from a cancerous brain tumor. Artists that have influenced the Houston natives sound are Pimp C, The Notorious B.I.G and Three 6 Mafia.

Megan first appeared on the scene when a video of her battle rapping went viral in 2013. After connecting with TA ( a major producer in the game) in 2016 she released her first single ‘Like A Stallion’. Soon after Megan caught another wave of success when her verse on ‘ The Houston Cypher’ over Drake’s 4pm attracted tons of new fans and followers. In the wake of her success she released her mixtape ‘Rich Ratchet’ and ‘Make It Hot’ ( her first EP) in 2017. In 2018 Megan signed with 1501 Certified Ent. a label owned by Carl Crawford (a former baseball player). She also performed at the very popular SXSW in March of 2018 and in June came the release of her second EP ‘Tina Snow’. Tina Snow was named after Megan Thee Stallions’ alter ego and whom she says is a more “unfiltered version of herself”. In Late 2018 Ms. Stallion made the decision to sign with 300 Entertainment making her the first female rapper to be signed to the label. In 2019,she released  ‘Big Ole Freak’ from her EP Tina Snow, which landed her her first position on Billboard ( debuting at number 99). In such a short time Megan has reached groundbreaking stardom and she has no signs of slowing down.

On May 17th, Megan released her first full length album titled ‘Fever’ and it’s definitely the Megan the world has come to either love or hate. With the sexuality on a thousand and her no nonsense in your face lyrics she definitely has a little something for everyone. The visuals for her album cover and ‘Realer’, the leading single off the album is in her words “A play off blaxploitation seen in films with Pam Grier” back in the 70’s.  “Pimpin” is keeping Megan’s pimp persona alive and in control, showing the man who’s boss and exactly what she wants. With features from Da Baby and Juicy J, ‘Fever’ keeps it all the way hood, sexy and real. With a few songs in between that show Megan is still finding her way as an artist, all in all Fever is a solid opener for Thee Stallion. She turns her ratchetness into an art that some before her tried to do, but seemed to have missed the mark. For Megan it all works, she’s completely herself in a world where women are prefered to be meek and not embrace their sexuality. She’s taking her power back and throwing it in everyone’s face. You may not agree with her methods, but secretly that “Big Ole Freak” on the inside is loving every moment of Megan Thee Stallions’ come up.

If you’re open to hood anthems, sexual innuendos, and non- stop twerking then you should  definitely check out Megan Thee Stallions ‘Fever’. It’s bold with very few songs you have to skip over, making it pretty easy to vibe with. The music is only a taste of what you don’t see at her live show. She goes hard and the energy is on one hundred from the beginning to the end. She makes the crowd feel like she’s the homie and it’s all just a big house party. In spite of the lyrical content that may be “ too much” for some Megan has bars for days and she can hold her own. The newer generation is bolder, and willing to push the envelope even further all while refusing to be put in anyone box and Megan Thee Stallion is proof. She’s fierce, raw, talented, beautiful and she’s here to stay.