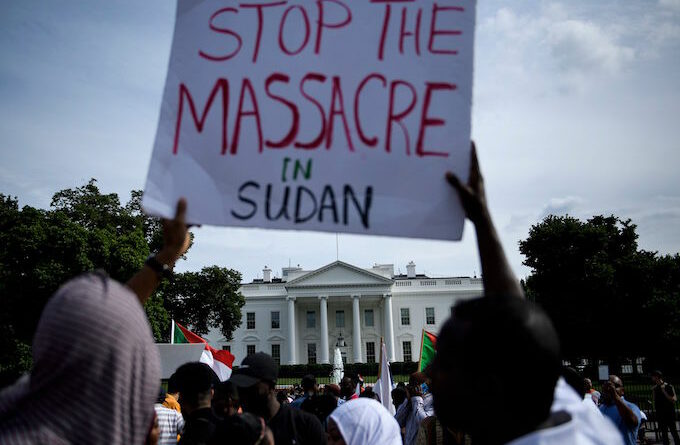 If you’ve been on social media lately then you’ve likely seen the the tons of social media posts pledging support of Sudanese massacre victims and now you want to know exactly what is going on?

Sudan’s ex-President, Omar al-Bashir, came to power in Sudan 30 years ago by the process of a military coup resulting from a civil war between the north and south of the country. In April he was ousted after a lack of support from the United Nations. After being removed from power, citizens protested in support of a government that was not military ruled and not autocratic. As a military-ruled government could possibly lead to a ruler being put in a position of power that is very similar to al-Bashir. Especially because many citizens and protestors believed that the most powerful in the popular military groups were close to al-Bashir himself.

Earlier this month, swarms of protestors took to the streets, but they were met with brutal force from paramilitaries. The most populous location where this occurred was the protest camp in Khartoum, previous capital of Sudan (prior to separation of Sudan, as a result of the civil war). Some reports from the scene of the conflict have claimed that there have been more than 100 deaths and at least 700 injuries, in addition to more than 70 cases of rape. The military group that is currently in charge, The Transitional Military Council, and opposition groups have agreed to begin talks regarding how an election should be held and who should remain in power during the transitional period between leaders.

Many celebrities have publicly expressed support for protestors and those who have been negatively affected by the violence in Sudan. Some of the most notable include superstar songstress Rihanna, and Sudanese beauty blogger Sahd Khidi.

Many who have become aware of the situation in Sudan through social media and popular news outlets all have the same question: How can I help?

UNICEF director Henrietta Fore released a statement on Tuesday expressing the immense amount of concern they are of issue in Sudan’s impact on Sudanese youth. Especially with the reports of violence and assault on peaceful protestors. See the link below to aid disadvantaged youth in Sudan through the UNICEF team.

In addition to UNICEF, a GoFundMe was created back in December by Uprisings Charity Event. This account still taking donations so follow the link below if you are interested.

Finally, there is also a way to help the situation without donating money by signing a petition calling for a United Nations investigation into the violence against protestors, you can sign electronically at Change.org in the link below.