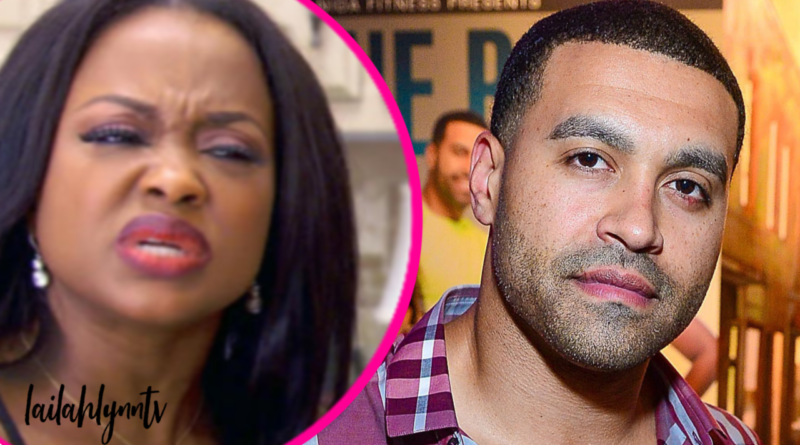 Apollo Nida is out from behind bars after serving a shortened sentence of 5 years, HollywoodLife can confirm. The news comes just a few months after his initial 8-year sentence was shorted to 7 years in March 2019.

Apollo Nida is out of jail. A representative for RRM Philadelphia confirmed to HollywoodLife on June 4 that Phaedra Parks‘ ex-husband has been released from Fort Dix Correctional Facility in New Jersey and is in their halfway house until his release date of October 15, 2019.

Phaedra, a former cast member on The Real Housewives of Atlanta, has not commented on the news.

Apollo was originally sentenced to eight years in prison for fraud and identity theft in 2014. He pled guilty to bank fraud after federal prosectors claimed he stole millions of dollars from numerous people over the course of four years. Back in March, a federal judge signed off on an order that reduced Apollo’s prison sentence from 96 months (eight years) to 84 months (seven years), according to court documents obtained by The Blast at the time. The documents also stated that Apollo’s scheduled release date was in August of 2020, with years of probation to follow.

I noticed when I was doing my own research about a month ago that Apollo Nida’s release date had been moved up recently to October 15, 2019. And it’s at that time he will be released from the half-way house, where he is currently residing.

And you can see here that his inmate lookup record has been updated to indicate that he is out of Fort Dix facility and is now at Philadelphia RRM which is located on Chestnut St in Philadelphia. (The birthplace of LailahLynn herself.) And also the home of his girlfriend Sherien Almufti.

If you remember, Apollo’s new girlfriend Sherien appeared on the Real Housewives of Atlanta a few seasons ago after Apollo had been arrested. That was several years ago but her and Apollo have been together ever since then from what I can tell. And she even appeared on Say Yes To The Dress Atlanta, where she picked out a wedding dress to marry Apollo in.

And I noticed recently when I was following up on Apollo’s story, that Sherien was actually on her Instagram looking for birth control recommendations, so I figured Apollo must be coming home soon! Normally, as women we try to get our birth control set up at least a month in advance of when we plan to need it. And this post was made exactly one month ago, on May 3rd.

So it looks like Sherien is all set up for her boo to come home or at least to visit him in the half-way house.

Sherien and Apollo appear to still be in love based on what she posts on social media, like this email she received via CorrLinks with the subject line: “The Best Woman Ever”.

So clearly they are still together and Sherien is not bothered by the haters, which she said in her Instagram comments.

Soooooo…. I’m hoping that now that Apollo is out of prison there’s a possibility of him, Phaedra and Sherien all appearing on The Real Housewives of Atlanta again. I heard from a very reputable source that Bravo was actually NOT considering bringing Phaedra back to the show until Apollo got out of prison.

For the past two years that rumors of Phaedra returning to RHOA have not been actualized because Bravo is only interested in Phaedra when it comes to her relationship with Apollo, not just her on her own. That’s what I had heard! So now that Apollo is out of prison, I’m hoping to see them all back on The Real Housewives of Atlanta!