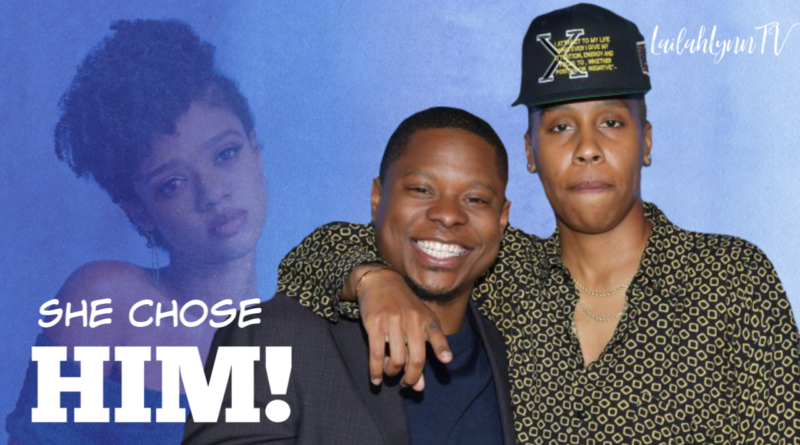 Normally I don’t cover these types of topics on my channel but I feel like this situation just can’t be ignored. Lena Waithe, who is the creator of the series, The Chi, is now being accused by The Chi season 2 show runner, Ayanna Floyd, of allowing Jason Mitchell to keep his job after being made aware of his unwanted advances of his on-screen girlfriend, Tiffany Boone. Meanwhile she allowed the alleged victim in the situation, Tiffany Boone, to quit her job.

And although normally I try to stay neutral when reporting these types of stories, it’s hard for me to be neutral in this situation when I’ve seen Lena Waithe on Instagram telling Jason Mitchell “love you” AFTER being made aware of his sexual harassment of another Black woman. We’ll get back to that in a minute but first let’s get into what happened.

Tiffany Boone made production aware of the alleged harassment that she was receiving from Jason Mitchell after they finished filming Season 1 of The Chi. That’s when the new show runner, Ayanna Floyd, was brought on to run Season 2. Ayanna claims that Lena is the one that told her about Jason Mitchell harassing Tiffany Boone. She said “When I took the helm in season two, it was Lena who informed me of the issues between Jason Mitchell and Tiffany Boone from season one, and that Tiffany was thinking of leaving the show because of it.”

So Lena appeared to know that the harassment was severe enough for Tiffany Boone to want to quit, but it seems she didn’t take appropriate measure to investigate the situation and protect the alleged victim. Instead, a source close to production says that Lena wanted to bring on a woman of color to run the show to manage the conduct issues that they were having on the set. Apparently Lena thought that a Black woman would be able to manage Jason Mitchell and get him straight. And she chose to bring on a Black woman show runner for that reason, instead of escalating Tiffany Boone’s complaints to the proper people that could do a thorough investigation of the situation. Ayanna Floyd was the woman of color that Lena Waithe brought on to run the show and she was allegedly given the task dealing with Jason Mitchell’s alleged sexual harassment of Tiffany Boone.

Ayanna said “I discussed Tiffany’s claims with the studio’s HR department and set up HR presentations for the writers, cast and crew. Ultimately, everyone was well aware of Jason’s behavior and his multiple HR cases, including Lena, the creator and an executive producer of the show, who is very involved at the studio and network level. As show runner, I did everything I could to deal with his behavior, by speaking with the studio’s HR department multiple times and instructing one actress to call HR herself, before I became a target of his rage and inappropriateness, and had to report him to HR, as well.“

So at this point, Lena Waithe has been aware for months that Jason Mitchell was allegedly harassing Tiffany Boone, and now she’s aware that Jason Mitchell even harassed the woman she brought to the show to help correct his behavior – when she really should have reported the complaints. Lena Waithe knows about all of this – and she still chooses to allow Jason Mitchell to stay on the show. So it appears that Lena Waithe chose sides in the situation – instead of reporting it using the proper chain of command. She chose to keep Jason Mitchell on as a lead actor on the show and she even told him she loves him on Instagram!

Jason posted this picture on IG when it was announced that The Chi was being renewed for Season 3.

I don’t know how Lena could love someone that’s been accused of all that Jason’s been accused of – unless she didn’t believe the allegations. But it appears she did believe the allegations because she specifically hired someone to run the show that she believed could deal with him and correct his behavior. And the only reason all of the allegations against Jason Mitchell are coming out now is because he allegedly harassed another woman on the set of the movie Desperados, and the people producing that movie chose to escalate and investigate Jason Mitchell, which resulting in him being fired from that movie, as well as his management, and now The Chi.