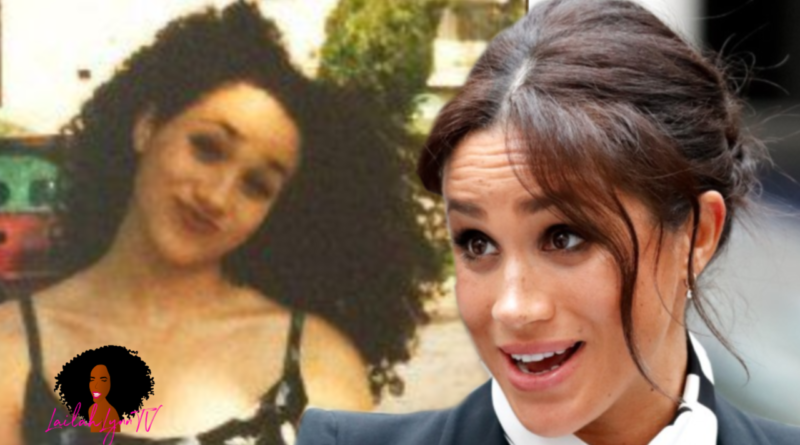 Meghan Markle has made the transition from a relatively unknown television actress to, arguably, one of the most famous women in the world. Of course, her amplified fame has come with an amplified level of criticism. Markle, who is of mixed descent, with a black mother and a white father, has recently been under some fire as a photograph of her in her youth has surfaced. The most intriguing part of this photo was that the Duchess herself was wearing her hair in a natural curly style. Some have also speculated that other things about Markles’s appearance had changed, such as her nose and possibly her skin tone. The insinuation is that Markle has decided to make her appearance more European as a result of her being married into one of the most old and renown royal families in the world.

Racial identity has always been something that has plagued Meghan’s experiences in the entertainment industry. In discussing getting her start in her acting career, Markle claimed that she thought she had a difficult time receiving roles in the industry as a result of her being “ethnically ambiguous.” She claimed she struggled with her identity because she “wasn’t black enough for the black roles and I wasn’t white enough for the white ones.” Her earliest role was a small role as nurse in a number of episodes in the television series, General Hospital. In reference to her race and appearance, this would be the earliest form of evidence regarding her pre-Duchess appearance. However, in this image from a 2001 episode of General Hospital shows that her look, from her hair to her nose, has not changed since eighteen years ago.

Ever since the announcement of her engagement to Prince Harry of the royal family, people have dove into Meghan Markle’s appearance. In April of this year Life & Style Magazine conducted a study in which they had two plastic surgery professionals comb through older pictures of the actress turned princess to decide whether or not Meghan has had a nose job. The doctors deduced that, aside from some possible Botox here and there to maintain her youthful appearance, Mrs. Markle had likely never been under knife to change the appearance of her nose.

Meghan Markle is a mixed race woman, and as such she has been expected to be a representative for what white people expect her to be as well as what black people expect her to be. This is a dichotomy she has had to face her whole life, and now that she has been placed on this gigantic platform, she is facing judgement from even more people. Meghan is a mixed race woman who, in a lot of ways, is white passing. However, she acknowledges and embraces her black heritage in many ways, most notably in her wedding ceremony.

Meghan Markle is not that black princess that many black people had envisioned, but she is the first bi-racial British princess that we have. For that reason, we have a responsibility to stand by her, instead of tearing her down, which is something she is already experiencing from many white people who think she’s too black, while we as black people are concerned with her being too white. Instead, it would be more beneficial to us and her if we just let her be who she is.