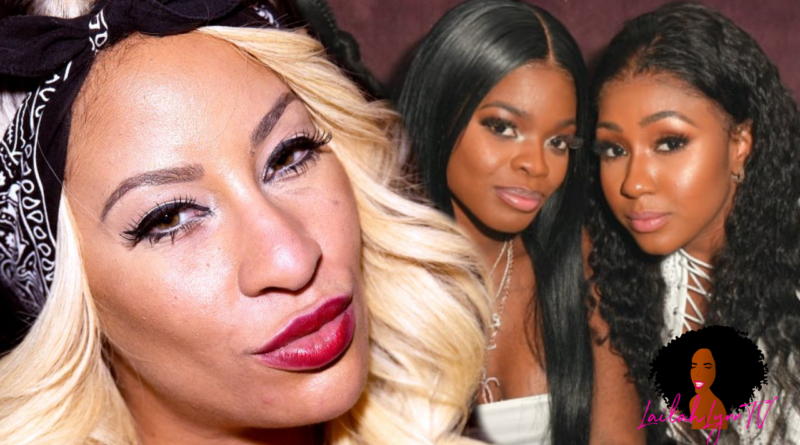 In case you missed it, Hazel E, a 39 year old rapper from Love & Hip-Hop Hollywood fame, has recently taken shots at the Miami rap-duo, City Girls. In a diss-track she called “Add it up,” Hazel E came at both members of City Girls, Yung Miami and JT, individually as well as rapper Lil Yachty. If you’re wondering how did these seemingly unrelated parties come together in this no holds bar diss track, keep reading.

It seems that Hazel E has had a problem with the City Girls for some time now. The City Girls began to gain notoriety after their feature on Drake’s chart-topping smash hit, In My Feelings. The group continued to capitalize on this success with the follow-up single, “Act Up” in which they proved that they were more than just feature artists, as it was their most popular single to date. This was when the feud between Hazel E and the Miami rap-duo began. The Los Angeles songstress claimed that there were uncanny similarities between The City Girls’ single “Act Up,” and her own 2017 record, “Actin Up.” Hazel pointed out the similarities between her track and the supposed City Girls rip-off in an Instagram live stream. The stream was saved and reposted on The Shade Room.

Yung Miami took no time in the comments in the post saying, “We never heard a song by that ugly ass bitch!” She continued to shade Hazel E in a further statement online saying, “That surgery going to that hoe head!” Claiming the similarities were merely consequential and that the rip-off accusations were in no way true.

As for Lil Yachty’s involvement, the young Atlanta rapper is signed on the same label, Quality Control, as the City Girls. He has also admitted to writing the song, “Act Up” for the City Girls. In an interview with fellow rapper and member of the Hip-Hop collective, Spaghetti Boys, Kerwin Frost, Yachty claimed to have written the almost the entirety of the song on behalf of the City Girls. In a statement on how he wrote the song he said, “I just thought like them…I know them personally and I know what women like to hear.” Lil Yachty talks about writing the song at the 29 minute mark of the video below:

The percise disses in the song are “Copy my brand, bitch y’all just the teacher, Caresha (Yung Miami) you gotta problem, now you need a feature,” she continued with the lines “She’s Joanne, the real scammer, all fraud, Career’s at a standstill, the light’s gettin’ dark, Now you got more time to take your son to the park.” Taking aim at the rapper’s child.

On the post where Hazel E announced the diss track fellow Love and Hip-Hop costar, Joseline showed her support by commenting, “Go off bitchhh.” Yung Miami posted a video on her instagram, responding to both Hazel E and Joseline by saying, “On my son, I will beat either one of you hoes.” In a now deleted Instagram comment, she said, “Just because hoes throw drinks and pull hair across tables don’t do shit to me… Hazel you wish you were signed to QC [Quality Control] … Nobody knows your music…what checks you signing?”

Joseline has posted a video stating that she has more credits than Yung Miami and that she needs to, “stay in her place!” Yung Miami quickly responded with a video threatening Joseline and telling her to, “pull up to Atlanta.”

This beef continues to unfold on Instagram, but for now we’ll have to see if the City Girls or Lil Yachty come back with a response track.