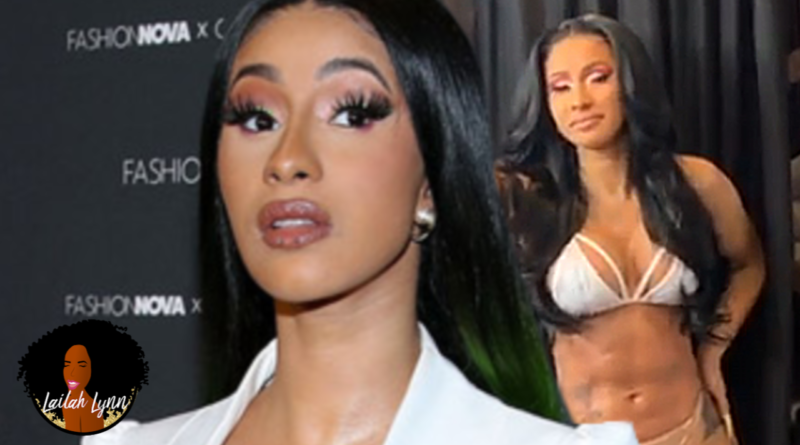 Cardi B is being forced to cancel an upcoming concert in Baltimore, Maryland this Friday due to complications from her recent plastic surgery. Cardi shared on May 5 at a concert in Memphis, TN that she was recovering from having liposuction, and that she shouldn’t really be performing.

Cosmetic surgery, just like any other surgery, requires the patient to rest in order for the body to heal correctly. And when the patient doesn’t rest and continues to engage in strenuous physical activity, like performing, there’s a chance that the surgery might have complications such as excess bleeding and swelling. Performing the way Cardi B performs is very physical, she’s not a diva like Mariah Carey that can just have people carry her around on stage. Cardi B is very physical in her performances, and that’s why she shared before that performing could mess up her lipo.

So apparently Cardi went through with her plans to have liposuction sometime this past March or April, judging my her Instagram Live videos. However, it doesn’t look like Cardi’s been giving her body the time it needs to heal and recover from the liposuction.

Even though she is cancelling her show on Friday, if you look at her website you can see that she’s scheduled to perform the day after on that Saturday and the day after that on that Sunday.

Then she is scheduled to take a couple of days off after Memorial Day weekend, but then she’s back to work performing June 1st and June 2nd. So I don’t know if just taking one day off and cancelling one show is going to give Cardi the rest she needs to recover from the complications of her lipo.