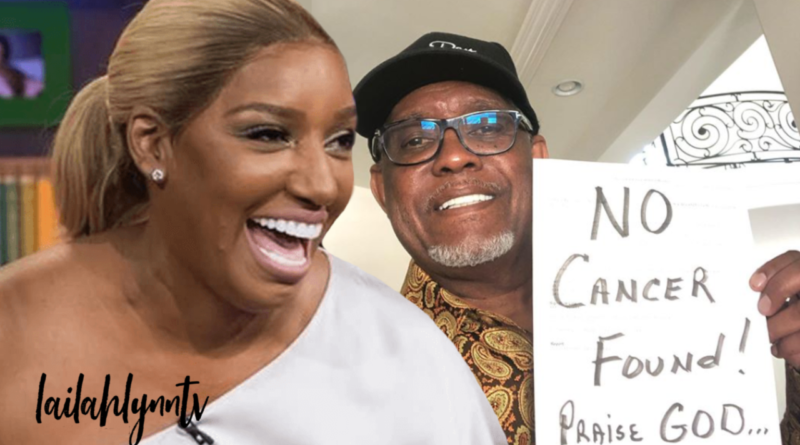 Pop Culture Real Housewives of Atlanta Season 12
May 14, 2019 lailahlynn
Share this article to start a conversation!

I made this announcement on my Community Tab earlier today because I didn’t think I would have enough time to make a video about it. But I had to take just a few minutes and talk about the news that Nene and Gregg Leakes revealed on Instagram today.

Gregg Leakes, who is 63, was first diagnosed with cancer in June 2018 and NeNe, who is 51, said that it was Stage 3 colon cancer in November of 2018 when the new season premiered. Gregg revealed in an episode of “RHOA” that aired around the same time that he was opting out of chemotherapy treatments then, but he changed his mind and successfully completed six months of chemo in April of this year.

Last week Gregg posted twice on his Instagram that he was going in for a PET scan to determine if he had any traces of cancer in his body. In his first post he solicited prayers before he went in for the PET scan.

And in his second post he claimed the victory because he knows God to be a healer.

The official results came back and today Nene announced that Gregg was found to be cancer free!! She posted a picture on her Instagram of Gregg holding up a handwritten sign that said “No cancer found, praise God…”

And in the caption she said:

Gregg also posted the same picture on his Instagram with the caption “Won’t He do it ……
Thank you Jesus & Praise God ……
Thank you ALL for your Prayers for me and please continue to Pray during my journey.. I thank my wife @neneleakes for being there for me.. Sometimes it wasn’t easy..

And he posted a second picture of the sky thanking his children and family for being there for him as well:

Congratulations to Gregg Leakes for beating cancer! Nene and Gregg have made it no secret that their marriage has been rocky over the last year while dealing with Gregg’s cancer diagnosis. For Nene, taking on the role of care giver seemed to be extremely difficult – especially since it seems like their roles are usually reversed. And Nene even admitted that she had considered divorcing Gregg. But now that Gregg is cancer free I hope their marriage can begin to heal as well and get back on the right track.

I noticed that even in Nene’s announcement that Gregg is cancer free she mentioned how people think that she’s abused Gregg, so it sounds like there’s a lot of healing that she needs to do as well.

Leave a comment and let me know if you think Gregg and Nene’s marriage will begin to heal now that Gregg’s been healed of cancer.