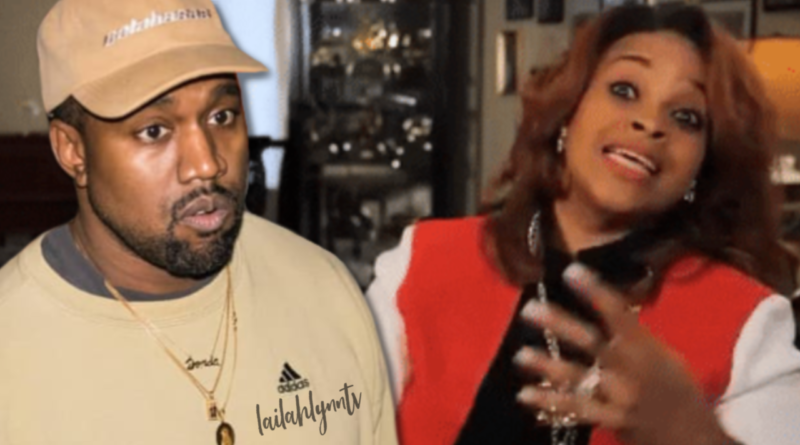 So I’m back from a long weekend of celebrating my daughter’s birthday. (She turned 5 this past week, so that was a big thing in my world.) But in the celebrity news and entertainment world the weekend was all about Coachella!

And the Coachella weekend was topped off by none other than Mr. Kanye West holding one of his infamous “Sunday Services” on the Coachella fairgrounds. To be clear, “Sunday Service” is the name Kanye himself has given to his Sunday music performances, that is not the name that I am calling them. Personally, I wouldn’t call just a musical performance a full service just because of my own background and my own upbringing. I was raised first in the COGIC church, then we switched to Baptist so we could get a chance to breathe outside of the church walls. Ya’ll know COGIC churches hold some type of service almost every night of the week, and I guess my mother needed a break! Anyway! To me, a “service” includes a message from a preacher, pastor, or some time of Evangelist, it’s not just a few church songs that people can dance to.

But, I just want to say despite my strict upbringing, I do know the power of music. I know the power of music. I know how music can prime people’s hearts and open them up to hearing the gospel of Jesus Christ, when otherwise they may not be open to hearing it. So personally I actually do appreciate and support Kanye West’s “Sunday Services” even though I think their missing an actual sermon. I get the point of what he’s doing. I think he’s opening people’s hearts to the gospel of Jesus Christ. And I can appreciate and support that. I actually think it’s amazing. And I think it’s probably helping Kanye West himself more than anybody else. I think of his Sunday Services as his own personal therapy sessions and he’s just allowing us, as the public, to peek in and maybe be blessed too. So I love it!

Kanye West has been out there with his gospel choir jamming to everybody from Fred Hammond to the Clark Sisters, and everybody in between. Him and his daughter! So while I’ve been loving watching his “Sunday Services” online, in the back of mind I have been wondering if he actually has permission from the gospel artists that he’s sampled to use their music.

Like when he sampled Fred Hammond, did he actually get Fred Hammond’s permission to play his music. Or is her just out here playing whatever he wants to play and asking Jesus to cover him!

Well, the Clark Sisters let us know this weekend that they own the copyright to their music. And from the way they posted it, now I’m wondering, maybe Kanye didn’t get permission to use it!

Those clips were great but I see in the captions they made sure to emphasize that they own the rights to their music! In the first clip they wrote:

Thanks so much for the love man, we are thankful our music is still encouraging generations ❤️❤️❤️… @twinkieclark@thelegendaryclarksisters
We Own the Rights to this music.

And in the second clip they wrote:

Thanks for the love man we appreciate it. Taking the gospel to the world. ❤️❤️❤️@twinkieclark
We own the rights to this music @thelegendaryclarksisters@kanyesundayservices#Sunshine#theclarksisters

Now the fact that they just had to throw that little sentence it “we own the rights to this music” is what has people thinking that maybe Kanye West used their music without their permission and got paid for a performance wherein he used their songs!

The artists that perform at Coachella have been known to be paid very well. For example, Beyonce and Ariana Grande both got paid $4 million for each weekend of their performances. So it stands to reason that Kanye West was paid several million dollars for his performance as well. And being that part of his performance clearly included him playing and performing alongside the Clark Sisters music, then why wouldn’t the Clark Sisters get a check too?! I would think maybe the Clark Sisters deserve a million or close to a million too for allowing their music to be played.

I actually looked up the copyright of their music since they brought it up and here’s what I found. This is actually from the Library of Congress Copyright Catalog and it says…

So clearly the Clark Sisters and Twinkie Clark in particular hold the copyright to the music that Kanye was playing at the festival. So he may owe them a coin or two for using their music since he was likely paid millions of dollars for performing at the festival.

Leave a comment and let me know if you think Kanye West should pay the Clark Sisters for using their music at his Coachella festival!

And here is some background on the Clark Sisters, and Twinkie in particular since she wrote most of their early music. The song Kanye West is playing, which is called “Sunshine” by most people, is a remake of a Stevie Wonder song “Master Blaster” which is why it has a reggae feel to it, which is a rare feel for American gospel music.

Leave a comment and let me know if you think Kanye West owes the Clark Sisters a check!

You can also use the Ask Herbie app to discuss celebrity news and entertainment. And get your daily fix of Wendy Williams and Sharina Hudson tea because now someone close to Sharina is saying Kevin Hunter is starting to get on Sharina’s nerves too!

Anyway, here are some details about the “Ask Herbie” mobile app so you can sip the tea for yourself.