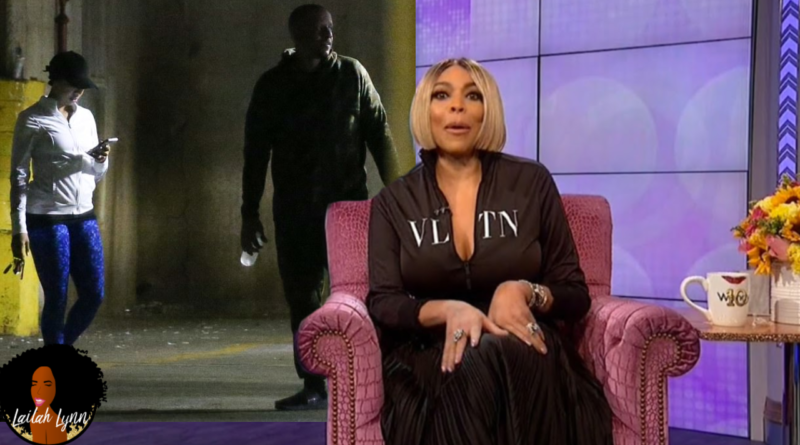 As some of you may know, and as others of you may have guessed, this is not the first time that Wendy Williams and her husband Kelvin Hunter have had to deal with infidelity in their 21 year marriage.

In that book there is a chapter, chapter 13, that is completely dedicated to Kelvin’s first affair. And Kelvin actually wrote that chapter himself. In it he explains why he cheated on Wendy the first time, in his own words. And he explains that having more than one woman made him feel like “more of a man.” I’m going to read you an excerpt of what he wrote in that book.

As Wendy star power has grown over the last 10 seasons of The Wendy Williams Show, apparently (and allegedly) her husband has felt less than a man, and felt that having another woman would fill that void and make him feel like more of a man.

So, let’s get into what he said.

So even though I don’t condone cheating under any circumstances, I can understand someone saying that at a low point in their life they made a bad decision. I can understand that because none of us is perfect. But then later on in this chapter Kelvin goes on to say “If she did the same thing, I would be gone. She doesn’t get a free pass. Absolutely not. No free passes.”

So, to sum it all up: Kelvin has said that he cheated because having more than one woman made him feel like more of a man. And at the time, he was feeling like less than a man because him & Wendy were having so much trouble having a baby. And even though he cheated and Wendy forgave him, he would be GONE (out the door) if Wendy did the same thing to him.

That does lead me to believe that Kelvin believes hard in double standards and he feels it’s OK for him to cheat on Wendy because he’s a man and cheating makes him feel like even more of a man.

You can also discuss celebrity news on the “Ask Herbie” mobile app and you can get the tea on Kelvin’s mistress Sharina Hudson – who is allegedly more worried about Kelvin than she is her own baby.