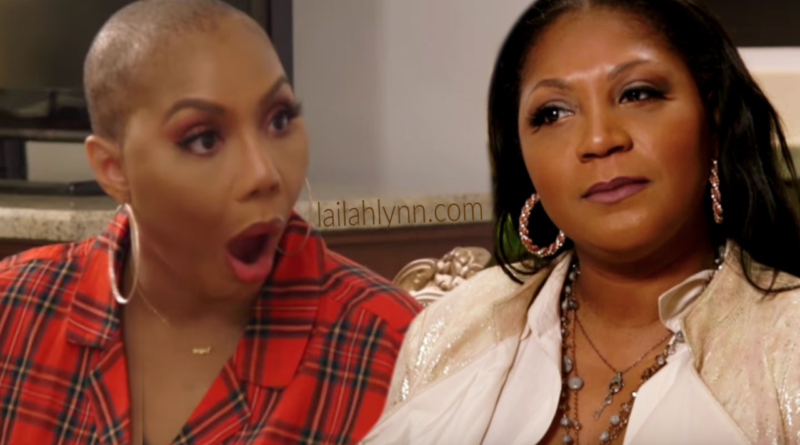 Word on these Internet streets was that Tamar Braxton dumped her Nigerian boyfriend Yemi, who also goes by the name David, after her 42nd birthday party didn’t go the way she wanted!

But Tamar has gotten back on Instagram, less than 24 hours later, and explained that she was mad, mad but not for too long because her boyfriend is way too fine for that. She posted this video of them and said:

ICYMI, Tamar went live on Instagram last night while WeTV/Magical Elves were filming for the new season of Braxton Family Values. From what I’ve heard, Tamar was upset with David and her sisters for not putting more thought into her birthday party. Instead of celebrating her birthday with a lavish birthday party, all the Braxton sisters gathered to drink wine, talk, and Trina’s boyfriend decided to propose.

After this party, which Tamar was apparently not the least bit impressed by, Tamar posted on her stories that she is single, ready to mingle!

And then she posted on her Instagram page another message saying “Trust No One” with the crystal ball emoji as if she’s looking into the future.

During Tamar’s birthday party her sister Trina’s boyfriend, Vaughn, took the opportunity to propose to Trina. Tamar caught the proposal on live, so take a look….

A lot of Tamar’s fans commented that they understood why Tamar was upset about her birthday not being celebrated properly. Like these fans who commented:

A lot of other people were calling Tamar immature for breaking up with her boyfriend and posting it on social media like a teenager.

Someone else pointed out that they thought it was tacky for Trina’s boyfriend to propose on Tamar’s birthday.

Leave a comment and let me know if you think Tamar has a reason to be mad about Vaughn proposing to Trina on Tamar’s birthday. If you were in Tamar’s shoes, would you be mad too?

And in case you missed it, the cussing pastor has cussed out Evelyn Braxton and Judge Mablean Ephraim for allegations they made about him in an interview. He posted a screen shot of Miss Evelyn during the interview and said:

And he also posted this video to his Instagram:

Then a few hours later he posted ANOTHER video about Miss Evelyn.