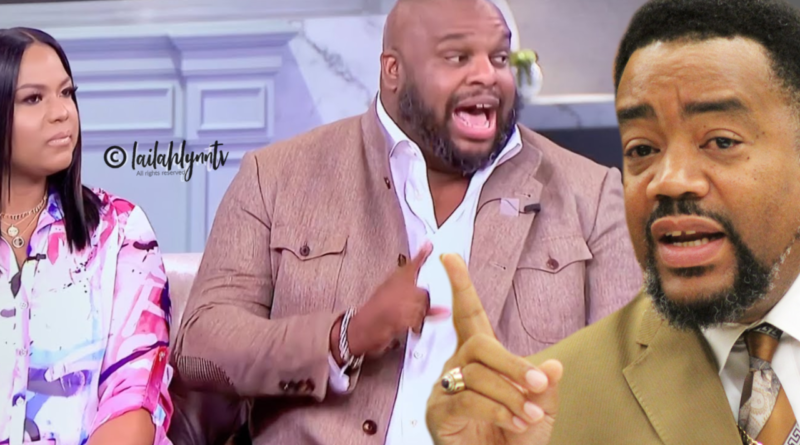 Just about a week ago Pastors John & Aventer Gray appeared on The Real talk show and John denied having a physical affair with the alleged mistress who has been spilling his tea to blogger Larry Reid Live. And although many people felt John Gray was lying, based on those dog gone voicemails, one COGIC Bishop decided to call Pastor John Gray out for lying on Twitter!

Bishop Talbert Swan of the Nova Scotia Ecclesiastical Jurisdiction of the COGIC in Canada has called Pastor John Gray out as a liar in front of the whole world.

In case you missed it, Pastor John Gray said on The Real: “Over a year ago, my wife and I were in a very difficult place in our marriage, and in that time, I began to converse with someone — other than a counselor, other than a pastoral leader, which is where I should have taken my issues and challenges — and began to converse, and I was even in the presence of that person one time. But being in the presence of someone is not the same as sleeping with them. I did not sleep with anyone.”

And here are some details about the “Ask Herbie” mobile app where you can also comment and talk about celebrity news.