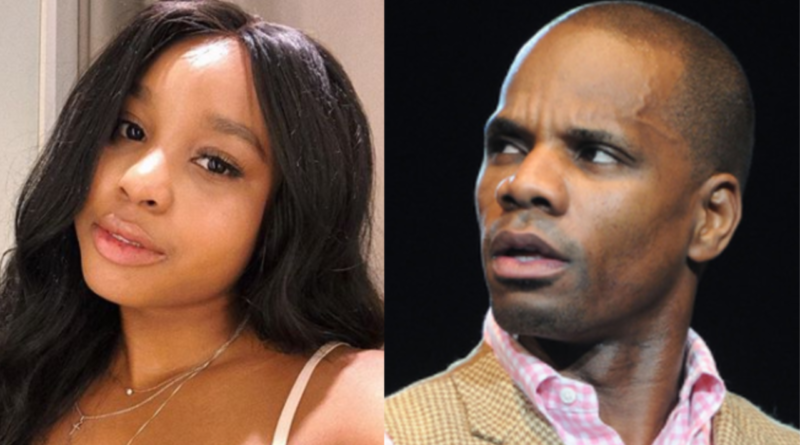 And some people let their concerns be known when Chance The Rapper posted a picture of himself, Kanye West, Dave Chappelle, and Kirk Franklin at his wedding ceremony.

Chance’s comments are filled with people remarking on Kirk’s cheekbones and his “contour.” I don’t even want to post some of the comments here because, whew! Chile….

And at first Kennedy, Kirk Franklin’s daughter, tweeted her displeasure at the negative comments on her own Twitter account.

But then she began to reply to people’s comments on their Twitter accounts. She clapped back at them pointing out that they weren’t even invited to the wedding, insinuating that their opinions were irrelevant.

But then she apparently took it a step further and slid into the DMs on someone who posted about her dad’s “contour.”

Although I personally think it’s messy to comment on someone’s facial structure and make jokes about it, I also think it’s messy to jump in people’s DM’s and confront them about what they’ve said on their personal page. It’s not like this man was @ mentioning Kirk Franklin’s daughter when he made his comments, so there was no need for her to hop in his DMs in my opinion. But what do you think? Leave a comment and let me know your opinion!