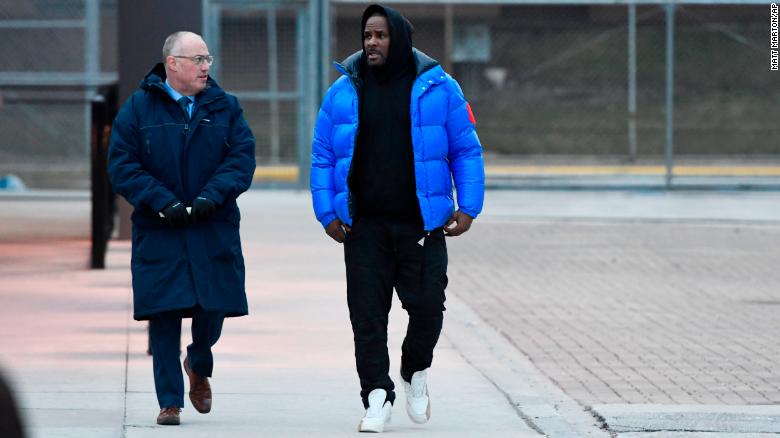 R. Kelly has been released from jail on bond, and he was greeted by a crowd yelling “free at last” and “that’s my boy.”

The AP reports, fifty two-year-old R. Kelly was charged in a grand jury indictment which was unsealed Friday and revealed 10 counts of aggravated sexual abuse involving four victims, three of whom were minors.

Additionally, Attorney Michael Avenatti says his legal team has obtained a second video that he alleges shows R&B singer R. Kelly sexually assaulting a minor.
At today’s hearing (Monday), R. Kelly’s case was assigned to the judge who would preside over the trial, Cook County Associate Judge Lawrence Flood. During the trial, R. Kelly’s attorney entered a not guilty plea on his client’s behalf to multiple charges of criminal sexual abuse.

And R. Kelly has now posted his $100,000 bail after spending the weekend in jail. The bail amount was 10 percent of the $1 million bond set by a judge Saturday.

It’s been three days since R Kelly was booked on charges alleging that he sexually abused four women, including three who were minors at the time.

R. Kelly walked by a large media contingent without speaking and was ushered into a black vehicle that was waiting. The vehicle then drove off. The large, black van transporting R&B singer R. Kelly from the jail in Chicago stopped in the parking lot of a large showcase McDonald’s downtown.

R. Kelly didn’t immediately emerge from the vehicle this evening but some members of his entourage stood outside the vehicle and a dark-colored Mercedes-Benz parked next to it. If you read the anonymously written tell-all book “Daddy’s Little Freak” then you already know that R. Kelly loves McDonald’s and even stopped to eat there after beating a woman half to death.

What are your thoughts on R. Kelly posting bail and being released?