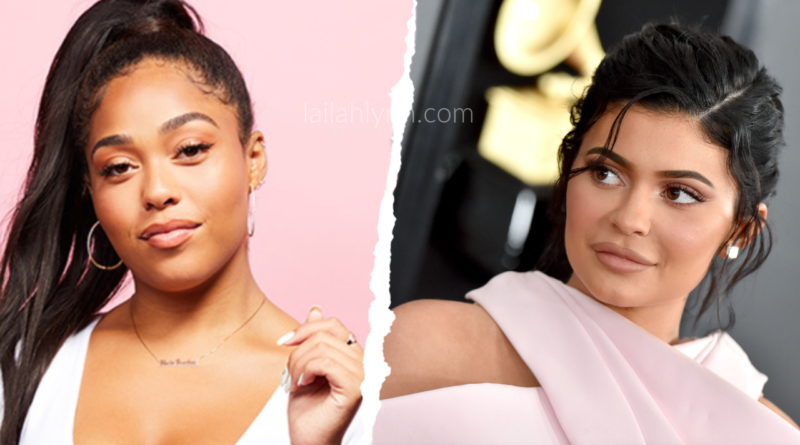 But I did get a special request to cover this story so I’m getting in to it today.

In case you missed it, Jordyn Woods was caught cuddling and kissing Tristan Thompson, Khloe Kardashian’s baby’s father, at a house party in Cali over the weekend. Although there is no footage of the incident because people were banned from filming, people who were at the party saw Jordyn and Tristan kissing with their own two eyes and reported it back to the blogs. Jason from Hollywood Unlocked broke the story and Khloe Kardashian and Malika confirmed in the comments that it was TRUE.

Sources are saying that initially Kylie didn’t believe that her BFF Jordyn would cheat with her own sisters baby’s father. But she allegedly confirmed with people who were at the party that witnessed them kissing, and now it is finally sinking in with her that her best friend cheated with her sister’s man. And a source says “[Kylie] is very torn on how to handle the situation”.

Khloe and Jordyn have been best friends since they met around 2013. Jordyn Woods parents work in the entertainment industry. Jordyn was raised by her mother Elizabeth Woods, who works as a photographer and brand manager. Her father, John Woods, passed away in 2017 after battling cancer.

Jordyn’s family has ties to Will Smith, and Jordyn even refers to Will Smith as her Uncle Willy. According to sources, Jordyn and Kylie met through mutual friends (possibly the Smith family) and they have been friends ever since. And when Jordyn’s father passed away Kylie shared a snap of her supporting Jordyn, referring to her as “her sister”.

Professionally, Jordyn Woods works as a plus size model and she often talks about body positivity and self-acceptance. She has modeled for brands like ‘Vogue’. And she signed a deal with Wilhelmina modeling agency in their plus-size modeling division. And at one point, Jordyn and Kylie collaborated for Kylie Jenner’s billion dollar brand Kylie Cosmetics.

So now that it’s being reported that Jordyn has violated Kylie’s sister Khloe Kardashian’s relationship in the worse way, the family is expecting Kylie to end her friendship with Jordyn.

According to E! News the Kardashian family is planning on cutting off Jordyn, much to the devastation of Kylie who was “in denial for days”.

And honestly, part of me is still in denial as well. It just seems so stupid on the part of both Tristan and Jordyn to kiss and cuddle and do whatever they did with each other in front of other people. I know Tristan is prone to cheating, but I would think he would at least hide his cheating and cheat with women that Khloe doesn’t know. But for him to cheat with Khloe’s little sister’s best friend still seems questionable to me. And it sounds a lot like it’s either for a storyline, or it was a passive aggressive way for him to get OUT of his relationship with Khloe.