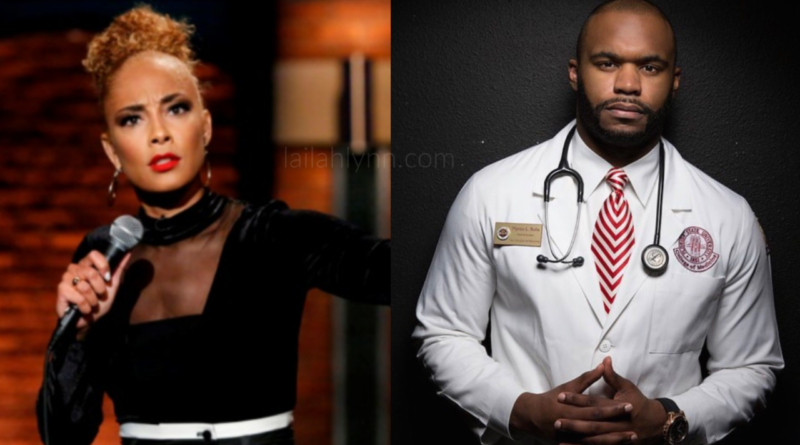 Amanda Seales just made a shocking revelation on social media! She revealed the name of the man she accused of sexual harassment on The Breakfast Club and on her podcast, Small Doses with Amanda Seales. If you don’t know who Amanda Seales is – she used to go by Amanda Diva and she is a comedian, host, DJ, content creator, activist and more. And during a podcast she described an incident of sexual harassment by a man who’s name she never revealed, but everyone knew from her description who she was referring to.

After making the allegations Amanda tweeted:

People immediately guessed that Amanda was referring to former NFL player Myron Rolle. Myron Rolle is a  former football safety who was drafted by the Tennessee Titans. He played college football at The Florida State, my alma mata. And he attended The Florida State University College of Medicine and is a neurosurgery resident at Harvard Medical School.

Immediately after Amanda tweeted about the sexual misconduct that she spoke about in her podcast, people immediately responded identifying Myron Rolle. Like these people who said:

Amanda also received comments implying that it was her job to protect Myron Rolle because of the fact that Black doctors are a minority in the medical field. This person commented:

The statistics this person provided are true, but the fact that Black physicians are a minority in the medical profession doesn’t mean that a person who has allegedly experienced sexual misconduct at the hands of a Black doctor should not speak up.

I don’t believe the burden of protecting an alleged abuser should be placed on the alleged victim, regardless of the alleged abusers career. That is downright backwards to me. Each of us should protect our own professional reputations and careers.

With that being said, this is your friendly reminder that Amanda Seales accusations are allegations at this point and they have not been confirmed.

Here is what Amanda said: