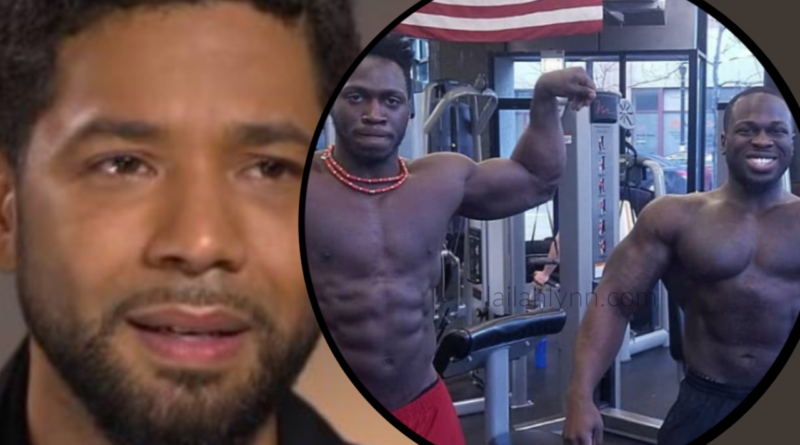 In case you missed it, last night local Chicago reporters revealed that the two men who are alleged to have attacked Jussie Smollett, poured bleach on him, and tied a noose around his neck are Nigerian. They are NOT white, as Jussie Smollett previously reported. It has been confirmed that they are two Black men from Nigeria, possibly brothers. And they are listed as ‘persons of interest’ in this case.

CHICAGO (CBS) reports — Chicago police continue to question two “persons of interest” in the Jussie Smollett investigation, and their attorney believes they could be charged today. The two men were seen on surveillance video near where Smollett told police he was attacked on Jan. 29.

A source with [alleged] intimate knowledge of the investigation tells CBS 2 Investigator Brad Edwards – the attack on Smollett was potentially orchestrated by the actor himself, and involved two other men.[However]Chicago police are calling those reports unconfirmed.

“Interviews will resume today with the two people of interest and their attorney. While we haven’t found any video documenting the alleged attack, there is also no evidence to say that this is a hoax. The alleged victim is being cooperative at this time and continues to be treated as the victim, not a suspect. The investigation continues.”

So there it is, clear as day, in black and white. The police have not said that this situation is a hoax set up by Jussie, like some media outlets are reporting.

So to the person on the AskHerbie app asking for someone to make it add up, here it is. And if you’re not familiar with the Ask Herbie app, let me tell you a little bit about it.

You can use AskHerbie to discuss your favorite celebrities and get advice, all in one app. The celeb gossip does get a little MESSY so just remember it is allegedly! And it’s completely anonymous – no email or registration is required. You just download the app and jump right into it! And it is FREE and available for both iPhone and Android.