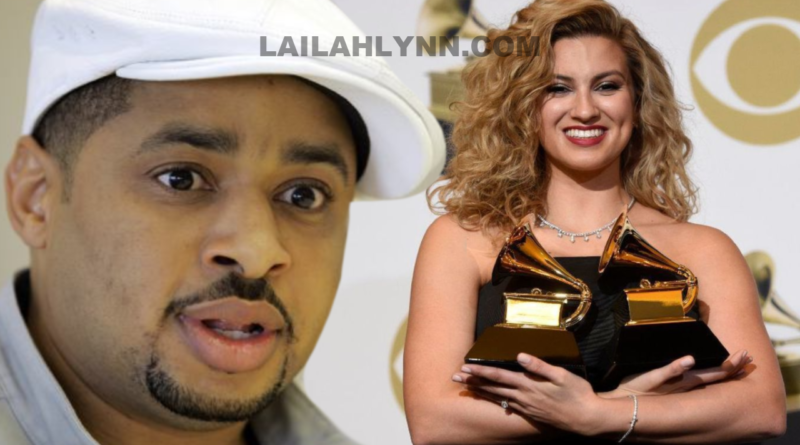 Sunday night, when I looked at the list of Grammy winners in the Gospel category and saw Tori Kelly for both best Gospel album and Best Gospel Music Performance/Song, I knew SOMEBODY was going to say SOMETHING questioning if she was really a GOSPEL artist.

For the record, Gospel music can be traced to the early 17th century, with roots in the black oral tradition. So to see someone who’s not Black win in a traditionally Black category was a bit surprising to me, and I knew someone would say something about it.

And that someone was the soulful Rev. W.R. “Smokie” Norful, Jr. Smokie Norful is an American gospel singer and pianist, best known for his 2002 album, I Need You Now and his 2004 release, Nothing Without You, which won a Grammy at the 47th Annual Grammy Awards for Best Contemporary Soul Gospel Album in 2004.

Smokie Norful posted a picture on Instagram of all of the other nominees in the 2019 Grammy Gospel music categories EXCEPT for Tori Kelly and Kirk Franklin. And he captioned the picture:

Smokie tagged the Grammy’s in the post so clearly he is calling them out! Especially by saying that maybe next year he’ll get a Pop music Grammy.

Some people immediately agreed with Smokie, like singer Georgia Reign, who said:

I’m guessing Georgia Reign is saying Kirk and Tori are wrong for submitting their song in a gospel category, not simply for making a song together. Anybody can make a song with anybody they want to.

Koryn Hawthorne, who was also nominated for a 2019 Grammy in a Gospel category, said:

However, some people didn’t agree with Smokie Norful, like this person who expressed his disagreement by saying:

And Smokie actually responded to this person and explained more in detail why he said what he said:

Being the blogger that I am, I decided to do a little fact checking on what Smokie said about both Kirk Franklin only being nominated for Gospel Grammys despite his music in other genres and I researched his claim that Grammy Gospel music categories have been eliminated.

Kirk Franklin has been nominated for Song of the Year, and in the rap and R & B categories by the Grammys. But he has never been nominated for a Pop music Grammy even though he has collaborated with Pop stars like Bono and Josh Groban. So that statement is true.

And I do see that the Grammys previously had more categories for Gospel music. They had:

And possibly even more in the past. But now there are only three categories:

So there is some verifiable truth to the statement Smokie Norful made.

Tori Kelly is a relatively new artist and Kirk Franklin himself has described her music as “hope-pop”. And on her website it says that that description resonates with her. And that she’s working on her next Pop album.

So it sounds like Tori Kelly would have been a perfect fit for a previous Gospel music category called Best Pop/Contemporary Gospel album. But since that category doesn’t exist anymore, she was thrown into the best Gospel Album category and the Best Gospel Performance category, and of course she won because she’s a crossover artist with a much larger fanbase than artists like Koryn Hawthorne and Jeckalynne Carr.

And I think if the Grammys felt it extremely necessary to eliminate Gospel music categories and pair down to just two categories, then the nominees in those categories should reflect the traditional sound of gospel music not the new contemporary sound of Pop Gospel, which is what Tori Kelly is making.

But, then again, I don’t think the Grammys can be counted on for their judgement of the best artists to represent certain categories of music because they are the same people that had JLo representing MoTown music!

“we play in an opinion-based sport, not a factual-based sport. It is not the NBA… This is a business where sometimes it is up to a bunch of people that might not understand what a mixed race kid from Canada has to say… or a brother from Houston right there, my brother Travis. You’ve already won if you have people who are singing your songs word for word, if you are a hero in your hometown. If there is people who have regular jobs who are coming out in the rain, in the snow, spending their hard-earned money to buy tickets to come to your shows, you don’t need this right here, I promise you, you already won.”

Smokie Norful is pretty much telling these Gospel artists the same thing that Drake said, you already won regardless of who the Grammys decided to give a statue to, you already won.

That’s what I think, but I want to know what YOU think. What do you think about Smokie Norful calling out the Grammy’s for eliminating Gospel music categories and placing pop artists like Tori Kelly in the same category as artists like Koryn Hawthorne and Jeckalynne Carr? Leave a comment and let me know what you think!