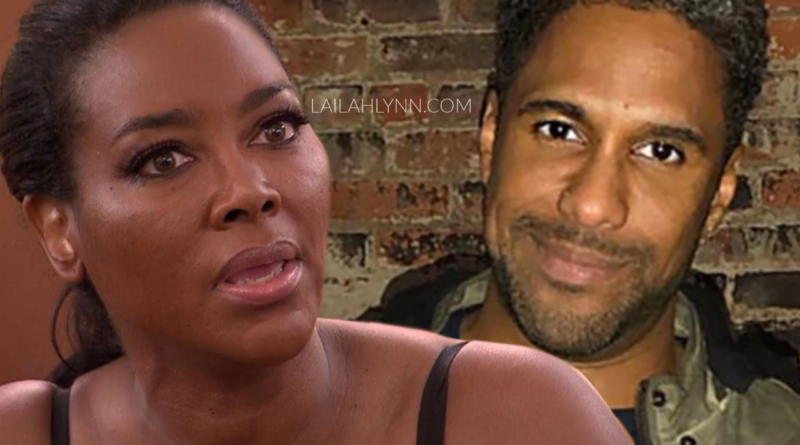 I took a poll on my YouTube channel and roughly 70% of you said you were still interested in tea on Marc Daly’s marriage to Kenya Moore, despite Kenya no longer being a cast member on The Real Housewives of Atlanta.

Before we get into the tea let me just say that I did not go out searching for tea on Marc Daly. I stumbled upon this information and thought it would be a good conversation piece since it was presented in a negative light, but I think, if it’s true, it could be a good thing.

So here it is:

First of all, Marc’s full name is Marc Jerome Daly and he was born April 1, 1973, making him 45 years old as of today. And although he is currently living his dream of being a restauranteur, his background is in finance. Industry reports obtained by LALate News indicate that Marc Daly was employed by Credit Suisse as a Senior Analyst before joining Dominion Bond Rating Service in its New York office in 2005. While at Dominion Bond Rating Service Marc Daly co-authored a US Auto Industry Asset Backed Securities report which you can actually read here.

After only a year at Dominion Bond Rating Service, Marc Daly headed over to Citigroup and worked in the principal-finance area, reporting to U.S. asset-backed securities underwriting. While working at Citigroup, Marc obtained his brokers license by passing the Series 1 and Series 63 tests in November of 2006.

Marc Daly appears to have possibly worked for Citigroup until as late as 2016. Citigroup is the last employer listed on the industry records for him and it appears he allowed his broker’s license to lapse in 2015.

Rumor has it, Marc Daly was fired from Citigroup in 2016. There is no public information on why he was fired. But instead of looking for another finance job (which could be difficult since he allowed his broker’s license to lapse), he decided to become a silent investor in a restaurant.

From what it looks like, Marc Daly worked in finance for years, but his true dream was to become a restauranteur. And when the opportunity to invest in a restaurant was presented to him, he took full advantage. He allegedly invested most of his life savings and his severance package from Citigroup into a restaurant called SoCo Brooklyn.

However, the investment did not pay off. After less than a year as a silent partner, Marc Daly was faced with financial difficulties that were too much for him to handle on his own. Despite his years in the finance industry assessing credit and risks as a broker, his own biggest investment did not pay off initially. By 2016, the IRS had put a $160K lien on the restaurant.

You can view the documents for the lien here:

Here is where Kenya Moore comes into the picture. Kenya Moore has revealed that she was introduced to Marc Daly by a mutual friend of theirs, Chef Roble. You may remember Chef Roble from his hit Bravo TV cooking show.

Chef Roble revealed that he introduced Kenya Moore to Marc Daly on this Instagram post congratulating them on their wedding:

Marc Daly and Chef Roble are reportedly friends as well as business partners. And when Chef Roble introduced Marc to Kenya, it was at a time when Marc needed money and Kenya had plenty of it. At the time, Kenya was still earning a million dollar plus paycheck on the Real Housewives of Atlanta. And she allegedly agreed to pay off Marc’s measly $160K debt!

Paying off Marc’s $160K debt was likely easy for Kenya at that time because she was bringing in almost 10X that amount as a Housewife of RHOA.

Now here is where things get messy. It’s being said that Marc Daly agreed to marry and impregnate Kenya in exchange for her paying off his tax lien. Kenya allegedly kept Marc’s dream of being a restauranteur alive by paying off his tax lien, and in exchange he fulfilled her dream of being a wife and a mother. It’s being reported that their marriage, which IS legal, is more of an agreement than a marriage out of pure love, which explains why the two live in different states. Kenya Moore is reportedly still living in Georgia with their baby girl, while Marc Daly lives and works in New York.

Personally, I can’t say that I believe that Marc Daly was willing to marry and have a child with someone for $160K! That sounds ridiculous to me, especially for a man that has 1. has earned a high salary in the past and could likely earn a high salary again, and 2. assessed risks for a living as a broker. That just doesn’t sound like enough money for him to marry someone to me!

To be clear: I don’t believe Marc Daly married Kenya Moore in exchange for Kenya paying off his tax lien.

But, what I do believe is that Kenya Moore was willing to pay off her husband’s tax lien. I can definitely believe that. And not because I think Kenya was desperate to get married, but because I believe Kenya is the type of woman that would be willing to support her husband’s dreams of being a successful entrepreneur, especially if she had the money available to do that.

Kandi has done the same thing by supporting Todd’s dream of being a restauranteur by financially supporting their restaurant chain, Old Lady Gang.

Kenya Moore’s last reported RHOA salary was $1.5 million dollars. So $160K probably seemed liked a drop in the bucket to her! She could probably earn that by filming one episode of RHOA. So I can picture Kenya Moore being willing to pay off Marc Daly’s tax lien, especially if paying off the tax lien would help the man she loved hold on to his dream! And that’s why I said this could be a good thing for them. There is value in being with a man that has a dream.

And reportedly, Marc is dead set on making his dream of restaurant ownership work for him. And that is why he still lives in New York and runs SoCo Brooklyn. He’s reportedly determined to make sure SoCo never faces financial difficulty again.

And as for Kenya, she’s reportedly OK with him living and working in Brooklyn as long as he is pursuing his dream. They are still very much married, legally and spiritually as she explained before. But they reportedly have an understanding regarding Marc not living in Atlanta, and Marc not always being available to Kenya.

Kenya Moore recently celebrated her 48th birthday with their daughter on a beach vacation, that Marc was not present for.

Unless Kenya moves to New York, there will likely be a lot of other events in her life that Marc is not present for.

What do you think of Kenya Moore’ and Marc Daly’s alleged marriage arrangement? Do you believe Marc married Kenya for money? Or do you think they are truly in love and support each other’s dreams (from a distance)? Leave a comment and let me know what you think!