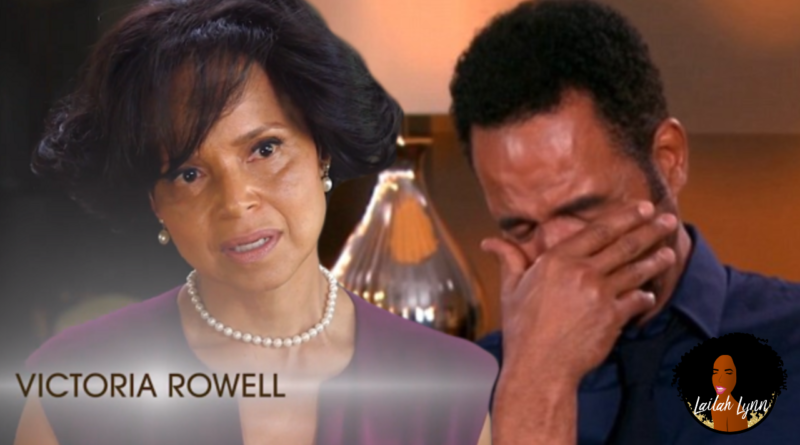 News publication, The Grio, spoke exclusively with Victoria Rowell after the untimely passing of her soap opera husband, Kristoff St John. The two played husband and & wife Neil and Druscilla Winters on The Young & The Restless from 1993-1998 and again from 2003-2007. They were essentially Black Soap Opera royalty for years! And they brought in a lot of Black viewers to the Y & R, despite never being credited for it.

Victoria Rowell shared with The Grio some interesting information about how the executives at the Y & R refused to acknowledge her and Kristoff St. John’s impact on the show’s ratings. And how they refused to let the two reunite on-screen due to alleged racism.

Here’s part of what she shared with The Grio:

“We tried collectively for almost a decade to reunite on the ‘Young and the Restless.’ The reasons that did not happen are political, which is regrettable for our audience and for us. For me, the death dies twice. The person and also our aspirations to be reunified on the show,”

“It was a crime that SONY and CBS did not honor our request to be reunited on the show for the sake of the fans and each other. They denied us that because we spoke out on lack of diversity behind the camera. They punished us. The show has been heavily supported by African Americans for decades, and were it not for the Black audience, they would not be Number 1, but we could not get those corporate players to turn the corner”.

“Plain and simple, they punished us for speaking out on it. If we were a white couple with this level of popularity, this denial never would have happened. In my opinion, and Kristoff agreed, the powers that be at SONY could not bare to see an African American leading actor and actress pull up the ratings. Though counter-intuitive to business; that is what racism looks like.”

Wow! Normally entertainment executives are willing to use anybody that will make money for them. So it says a lot that they were willing to sacrifice their own income to keep Kristoff St John and Victoria Rowell from being in the spotlight.