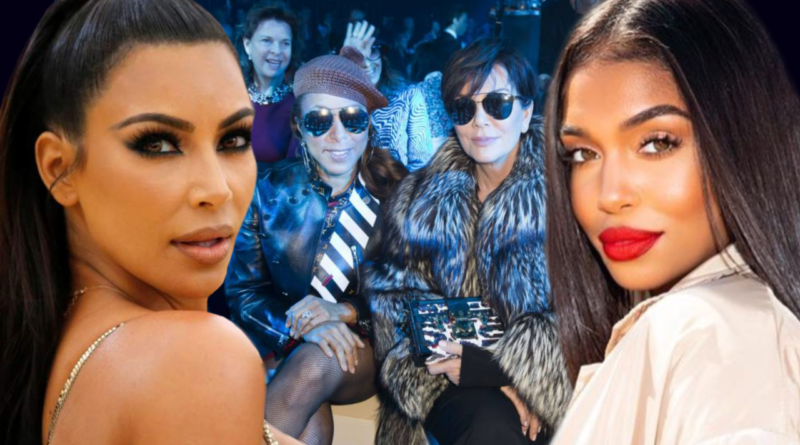 Over the past few weeks I have heard more than I have ever cared to hear about the love life of Miss Lori Harvey.

First it was B Scott exposing how she was dating Trey Songz and had allowed him to photograph them together at a party, and then changed her mind and physically deleted the pictures off of his phone.

Then she turned around and posted pictures on her own social media of her and Trey hugged up with the caption “It is what it is.”

That picture has since been deleted and first I heard she broke up with Trey and went back to her ex-boyfriend, Justin Combs. But now I’m hearing that she hooked up with racing star Lewis Hamilton! Lewis Hamilton is a British race car driver that is rumored to have dated Nicki Minaj not that long ago!

Well, it turns out that long list of men may be by design. Word on the curb is that Marjorie Harvey, Lori Harvey’s mother, is seeking advice from Kris Jenner on how to get Lori Harvey to blow up in the media like Kim Kardashian did.

Kris Jenner is very friendly with Marjorie and Steve Harvey, and at one point it was rumored that Kris Jenner was having an affair with Steve. According to insiders, Steve’s and Kris Jenner’s during closed-door business meetings, endless phone conversations and nonstop text messages are what sparked the rumors of an affair.

But it turns out they were not actually having an affair, they just pick each other’s brains when it comes to business. Steve Harvey is very good at television production and hosting and apparently Kris Jenner wanted some tips from him.

And at the same time, it’s being alleged that Marjorie Harvey was also getting tips from Kris Jenner on how to help make her daughter a household name, just like Kim Kardashian.

Allegedly, Marjorie Harvey is following the advice of Kris Jenner and has hired a PR team to assist in building Lori Harvey’s public image. And she’s also taken her advice and hired a photographer to capture pictures of Lori Harvey in “compromising positions” with high profile men.

Considering Marjorie Harvey’s past track record with men, having married two drug dealers who were COUSINS – marrying one right after the other; I wouldn’t put it past Marjorie to teach her daughter to use men to get where she wants to be in life.

But I also think Marjorie is the type to also teach her daughter not to actually sleep with the men that she’s using to get her name out there. Some of my ladies know the game doesn’t actually work if you let them have the prize in the beginning!

Anyway, in this throwback video from 2015 when Lori was leaving for college you can see Marjorie telling her to save herself for the person she is going to marry.

So based on Marjorie’s advice to Lori in this video, if Marjorie is actually following the Kris Jenner/Kim K route to fame for her daughter Lori I think she has modified to not include giving her body to every man that she seen dating.

Leave a comment and let me know what you think about Marjorie Harvey following the Kris Jenner/Kim K route to fame for her daughter Lori! Do you think what she’s doing is working? Or do you think it’s going to back fire?