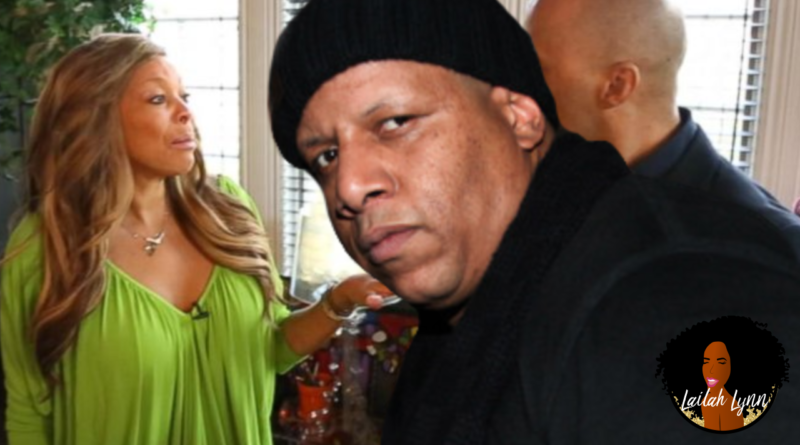 And I don’t know how Wendy is going to cover it up this time because I know she’s not ready to spill her own tea.

First, blogger Love B Scott reported that sources close to Wendy Williams claim she is self-medicating and that her husband has gotten his long-term mistress pregnant.

Wendy did admit to self-medicating in a length apology post she put on her Instagram last week. In that post she admitted to being on pain killers while filming her show and that is why her behavior seemed so odd.

But Wendy has never, EVER admitted that her husband “Kevin” aka Kelvin, has a long-term mistress that he bought a house for that he shared with her. She’s never openly admitted that on her show. And when she was nearly forced to address the situation all she said was “everything’s fine in Huntersville.”

Some of ya’ll who listen as close as I do noticed right away that her choice of words confirmed that she knew about the other house because she referred to “Huntersville”. Ville is French for city, meaning more than one house! You can’t have a -ville with just one house! So she did low-key acknowledge that her husband has more than one home – one he shares with her and one that he shared with his mistress. But the acknowledgement was so low-key that most people missed it.

Fast forward to today, and Mrs Hunter has sent blogger Love B Scott a cease & desist letter via her attorney, LaShawn, that says in part:

“Mrs. Wendy Williams-Hunter and Mr. Kevin Hunter categorically deny each and every allegation made by your “sources”, even if not specifically enumerated herein.”

Now, if you watch my girl Chronicle Speaks video about “Kevin” Hunter and his mistress actually putting the house he bought her up for sale, then you know that Wendy’s husband’s real name is not even Kevin, it’s Kelvin. So the lawyer has already started lying within the first five words of the statement.

And the audacity of Wendy and her lawyers to even send a cease and desist is what set blogger Love B Scott over the edge in his podcast and he started spilling even more of Ms. Wendy’s tea.

He says at the 25 minute mark in his podcast “I have heard from multiple sources over and over again over time allegedly that her husband is cheating on her.” And then his co-host Denver chimes in singing “cheating on her, beating on her” and B Scott says “that part too, I’ve heard that too.” Then he goes on to describe an alleged sound proof room that they have set up so little Kevin or little Kelvin – whichever it might be, doesn’t hear his Dad when he beats on Wendy. Love B Scott says ” the bedroom is sound proof because he be beating on her so much that they don’t want little Kevin to hear it.”

Now keep in mind Wendy and Kevin share a mansion, not just a regular house with bedroom doors right next to each other. The bedrooms are likely already pretty spaced out from each other. So for her husband to have to sound proof a room that is already pretty far from the other bedrooms means that there must be some loud screams that come from their room, and not the good kind!

This is not the first time I’ve heard allegations of Wendy’s husband beating on her. And it’s not the second either. So I just hope and pray that Wendy Williams can make it out of her marriage in one piece. Because it looks like she is in danger!

Leave a comment and let me know what you think about B Scott revealing that he’s been told that Wendy’s husband allegedly built a sound proof room so that he can beat on her in peace.