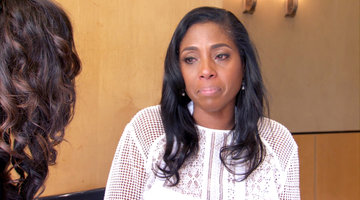 It has become clear that the level of care given to women of color versus white women is the reason women of color, Black women, are three times more likely to die during child birth as white women. And that’s what happened with Mariah’s sister, Lake. From reading these court documents it appears that Lake literally almost lost her life after giving birth to her son in 2015. And in 2017 she finally decided to sue Dr. Simone, Nurse Jessica Akey, and Northside Hospital.

Keep in mind, these legal documents are available on the WWW, so they are by no means private information or private documents. They have become public record at this point, which is how I was able to access them. And as I read them I can’t help but wonder why the nurse didn’t call Dr. Simone to Lake’s bedside earlier to evaluate her. Was it a case of the nurse not giving a woman the same level of care that she would give to white woman? I’m not making any accusations, I’m just asking the question. If a white woman had the same symptoms as Lake, and at one point Lake’s blood pressure was 52/33, would the nurse have called the doctor to come evaluate Lake sooner? That’s my question. Because it almost looks like an unfortunate chain of events where the nurse looking at Lake face to face and evaluating her didn’t take her symptoms serious enough to accurately report them to the doctor. That’s what it looks like. And so since Dr. Simone was not requested in a timely manner, she did not provide treatment in a timely manner, and Lake almost lost her life because of it.

I don’t want to get too far into Lake’s medical condition, but I will share with you that she the court records indicate that she had vaginal bleeding and EXTREMELY low blood pressure after the C-section and Dr Simone was not called to her bedside to evaluate her until almost 2 hours after the C-section. Dr Simone then performed another surgery on her, which was not able to stop the bleeding. And another doctor had to come and perform an additional surgery on her which did stop the bleeding. However, as line 45 reads “she was then sent to the ICU on a ventilator, where she spend numerous days. And as a result of the bleeding, Lake suffered from hemorrhagic shock, hypoxemic respiratory failure, sepsis and acute renal failure.

And the doctor that evaluated this case did find both Dr Simone and Nurse Akey negligent. It says here in point 59 “Defendent Akey violated the applicable standard of care on September 14, 2015, when she failed to ensure that Mrs. Ocshorn received assistance from a physician in a timely manner. And as a direct and proximate result of the negligence of Defendent Akey Mrs Ocshorn had a significant delay in the diagnosis and treatment of her medical condition, resulting in her experiencing tremendous physical and mental pain and suffering.

And that’s exactly what I mean when I say it was an unfortunate series of events that led to Lake almost losing her life. And I just wonder if Lake symptoms weren’t taken seriously earlier when they first began, because of a racial bias the nurse may have had. That’s the question I’m asking.

The case has since been dismissed even though it was determined that Lake was entitled to recover for all damages that resulted from the negligence of the parties involved. And it was dismissed because Lake stopped responding to requests for information. So basically it sounds like Lake decided to let it go, even though she was actually winning the case.

Leave a comment and let me know what you think about this situation, and the situation of Black women not receiving the same level of care as white women period.