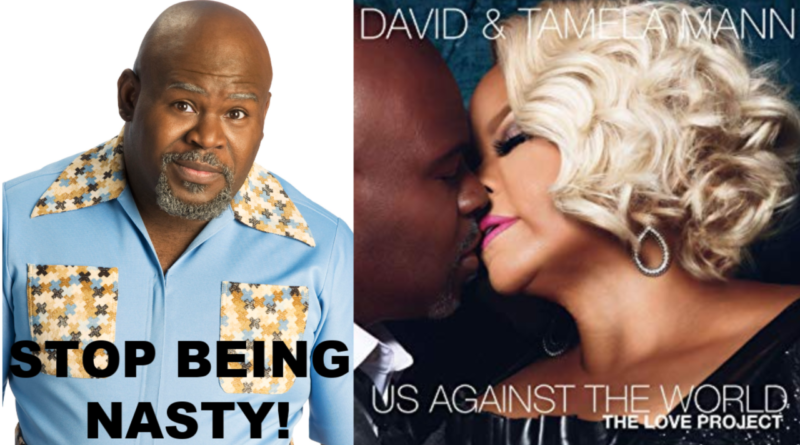 The Christian Post reports: Grammy Award-winning gospel artist and actress Tamela Mann teamed up with her husband, NAACP Image Award-winning actor and comedian David Mann (also known as Mr. Brown) to release an album for Christians who want to enjoy intimacy without tasteless lyrics. Titled Us Against the World, the album is a departure from Tamela’s staple gospel sound and celebrates their 30-year union using R&B grooves.  David Mann described the album as “baby-making music” and their son has described it as “back in the day music.”

I did add the album to my Apple music app so that I could review it for you guys, and I’ll get to that in a minute.  But first let’s get into the comments and see how well (or bad) this album is being received by the public.

So, like I said, I did stream the album so I’m going to give you my take on each of the songs.

But I will say this, the album is cute lil R & B album, especially if you can stop picturing Mr. Brown in your head when you hear it.  I just don’t think they should promote it as a love-making or baby-making album, because I don’t think that’s what it is.  I think it’s a mature, love album, and they should promote it to the mature Christian market who would appreciate it.  Instead of saying it’s baby making music.