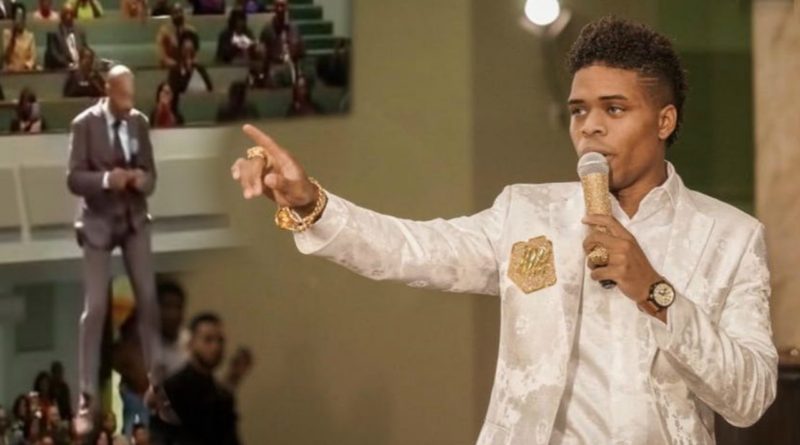 Right now there is so much going on in the Black church! So much! We literally have a preacher going around pretending to be Jesus in the flesh!

The flamboyant young minister, whom many critics say is a dangerous departure from Christianity, has emerged in recent months as an online sensation professing healings and “money miracles.”

So because we have a preacher in the Black church going around pretending to be Jesus in the flesh, I wasn’t surprised this week when I saw the video of the ‘Flying Preacher’ (as he’s been called) go viral.

In a dramatic stunt apparently meant to illustrate the unexpected nature of the second coming of Jesus Christ, Rev. Bartholomew Orr, flew into the pulpit at Southaven’s Brown Missionary Baptist Church, preaching into a microphone the entire way down.  And the stunt earned Reverend Orr the nickname “The Flying Preacher,”

If you haven’t seen it, take a look.

So honestly, my first thought when I saw this preacher fly into the auditorium was ‘here we go again! another Black preacher wanting to be worshipped like he’s Jesus in the flesh.’  I remember seeing Eddie Long do something similar in a sermon – which, honestly, made me uncomfortable.

So when I saw this preacher fly into the pulpit, I associated him with Eddie Long, Joseph Holmes, and all the other preachers out there who have acted like they wanted their congregation to worship them as if they are Jesus in the flesh!

And apparently, I wasn’t the only one shaking my head at this.  Black Twitter had a LOT to say about this preacher as well. 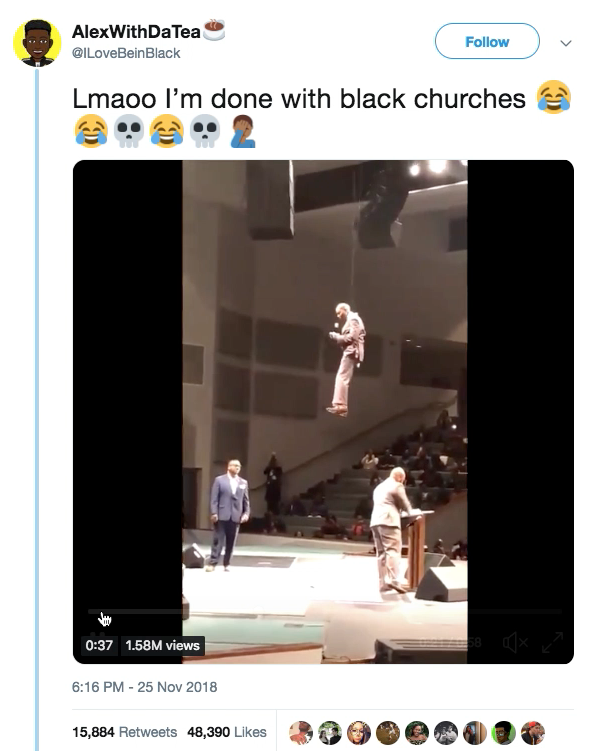 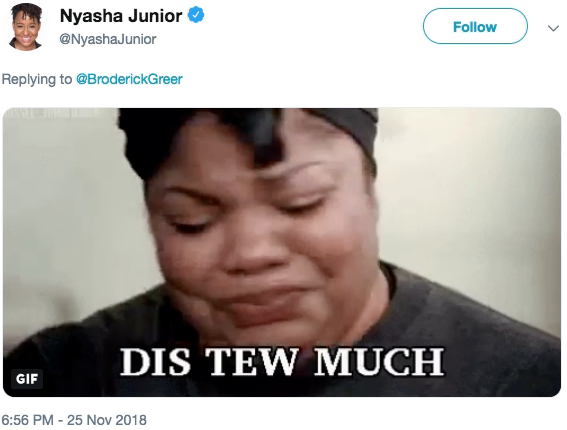 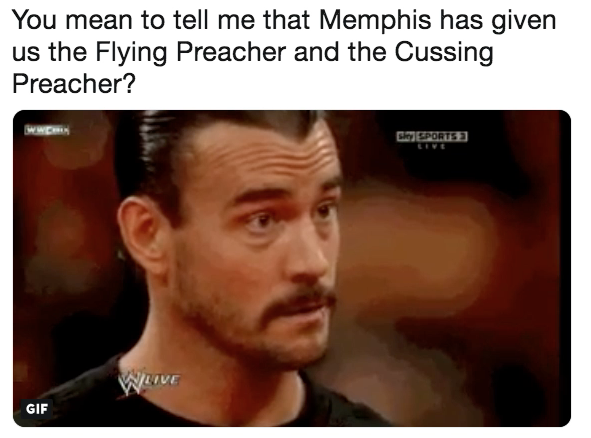 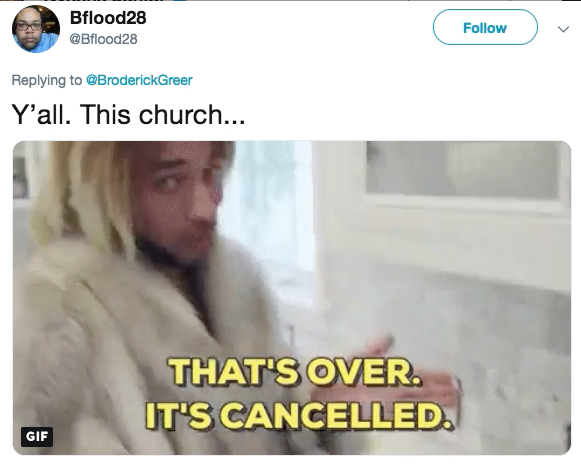 There were a few people who were able to put the viral video into perspective though.

And if you listen to this pastor’s explanation of why he was flying through the air like that you can see that it was actually NOT what it looked like.  He was not trying to pretend to be Jesus in the flesh or anything like that.  He’s no Joshua Holmes! And he was not trying to make his congregation feel a particular way about him, per se.

The harness was apparently already set up from the church’s drama ministry from their Christmas play.  And he was just re-using it because he uses props in his sermons pretty often.  Take a look.

Leave a comment and let me know what you think about Pastor Orr flying in to the pulpit.  Do you think he was making too much of a spectacle of himself by doing that?  Or do you think it helped him get people’s attention and get them talking about Christ’s return?