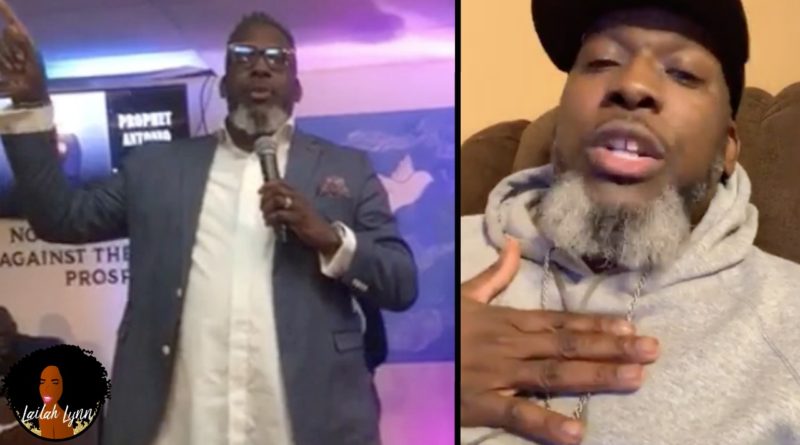 One of my goals here on YT is to give you guys fair and unbiased reporting.  Even when I don’t agree with the way people representing Christ.  So I’m going to provide you with the facts that have come out in this situation so you can see both sides of the story and come to your own conclusion.

There is a short video clip of the moment Pastor Antonio addressed the transgendered person going viral, but I have the FULL clip for you here so you can see what led to the conversation and what happened afterward. And I also have the Pastor’s response to the video clip going viral.

It turns out that there were some untruths being told during the church service and the Pastor does admit to that in his response video.

Well, that may not be COMPLETELY true, because in his response video, Pastor Antonio admits that he actually KNEW the transgendered person because they are a member of the church.  And they have had personal, private conversations together about gender identity and gender expression.  So it may not have been his spirit telling him telling him that a transgendered person was present.  It may have been his own eyes because he recognized this person and had talked extensively with this person about their gender identity.

So this is where things get a little tricky.  And this is why I said I’m presenting to you both sides of the story for you to draw your own conclusion.

So let’s take a look at the full video of this moment inside the church and then we’ll get to the Pastor’s response.

So that is what the Pastor had to say.  You can see his full video at the link in the comments section.  Personally, I don’t agree at all with the Pastor’s behavior during the church service.  I feel like as Christians, we’re literally supposed to ask ourselves: what would Jesus do?  And Jesus would not kick anyone out of church.  In the Gospel of Luke the Pharisees, who followed Jesus, complained about Jesus saying “This man welcomes sinners and eats with them.”

So if this Pastor felt that this transgendered person was a sinner, then I would think he would welcome them (especially in church) since that’s what Jesus would do and DID.

That’s my opinion.  Leave a comment and let me know what you think.