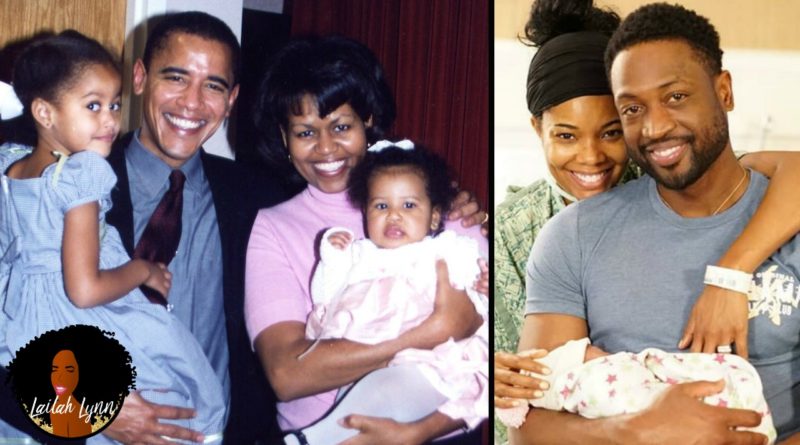 Former First Lady Michelle Obama has released a memoir in which she reveals difficulties about her marriage and pregnancy with her two daughters.

In the book, Becoming, Michelle Obama reveals that she had a miscarriage and used in vitro fertilization to conceive both her daughters, Malia and Sasha.

She wrote “We were trying to get pregnant and it wasn’t going well. We had one pregnancy test come back positive, which caused us both to forget every worry and swoon with joy, but a couple of weeks later I had a miscarriage, which left me physically uncomfortable and cratered any optimism we felt.”

Michelle Obama, who is a former lawyer and hospital administrator, told ABC that after her miscarriage, “I felt like I failed because I didn’t know how common miscarriages were because we don’t talk about them.

In case you didn’t know,

Michelle said “We sit in our own pain, thinking that somehow we’re broken. It’s important to talk to young mothers about the fact that miscarriages happen.”
Not only do miscarriages happen, they happen a lot.  And personally, I think the reason we as women don’t talk about miscarriages more often is:
1. because we don’t want to scare women who are pregnant. I remember before I got pregnant someone told me that 1/3 of all pregnancies end in miscarriage.  And honestly, I did have that fear of miscarrying for most of both my pregnancies.
2.  And the second reason I think women don’t talk about miscarriages openly and more often is because it can make you feel like a failure or less of a woman if you’re not able to carry a child.
Michelle Obama told Robin Roberts on Good Morning America, “I think it’s the worst thing that we do to each other as women, not share the truth about our bodies and how they work.” She said that when she was around 34 years old, she realized that “the biological clock is real” and that “egg production is limited”, which made her decide to seek in-vitro fertilization.
[clip]
IVF is one form of assisted reproduction and typically involves removing eggs from a woman, fertilizing them with sperm in a lab, and implanting a resulting embryo into the woman’s uterus. It costs thousands of dollars for every “cycle” and many couples require more than one attempt.
Michelle Obama details the process of IVF in her book saying she was alone and had to self-administer the shots that are required to help the process. She said her “sweet, attentive husband” was at the state legislature, “leaving me largely on my own to manipulate my reproductive system into peak efficiency.”
I know that was tough for Michelle Obama to share because it’s so personal, but I’m glad to hear she is opening up about her IVF journey in her new book.  I know a few really good women that would make absolutely great mothers.  And they have had to use IVF to become pregnant.  And to me, utilizing IVF or any other assistance in having a baby doesn’t mean you’re a failure, it means you’re a FIGHTER! You’re willing to fight whatever obstacles are blocking you from becoming a mother.  And I commend any woman who is willing to fight that fight!
And speaking of fighters…
Gabrielle Union and Dwayne Wade announced yesterday on social media that they welcomed a baby into the world on Wednesday, November 7 via surrogacy.  Gabrielle posted a picture of her in the hospital bed doing skin to skin with the baby and in the caption she said:

If you flip through the other pictures that Gabrielle Union posted you can see that not only is she doing skin to skin, but she is in a hospital bed and hospital gown.
At first I thought this was just for the family pictures for the baby, so when she looks back at the pictures from the day she was born the pictures will look like Gabrielle Union gave birth to her.
But I did some research on this and I found that mothers who have used a surrogate to carry their baby can and often do get their own hospital room.  A mother who used a surrogate blogged about this and said she was  put in touch with a social worker at the hospital to ensure that the hospital staff were aware of her and her husband’s special circumstances and to confirm that they would get their own room post-delivery separate from the surrogate.
So it sounds like Gabrielle Union was in the hospital bed like that because she may have had her own room with the baby at the hospital.    As y’all know, the hospital staff like to monitor babies for 24 – 48 hours after birth.  So it makes sense that Gabrielle Union and Dwayne Wade would be checked in to the hospital during that time to be with their new baby girl.
In the past Gabrielle Union has also opened up about her struggles with infertility.  Check out this quick clip of an interview Gabrielle Union did with Dr. Oz this past July.  At this point Gabrielle’s surrogate was already pregnant with her baby, but Gabrielle just hadn’t announced her pregnancy.  Check out what she did say:
[clip]
OK, so Gabrielle did this interview after her surrogate was already pregnant, so it was basically after she already came out on top in her fight to become a mother.  She fought to have her own child in this world one way or another, and she knew her child was on the way.
And I also want to encourage more people to share their battle with infertility even before they’ve won the fight.
You have to speak about things that are not, as if they were!!
There’s a Bible verse that says: “call those things which be not as though they were” (Romans 4:17).  That means speaking about things as if they have happened, even before they’ve happened.
God shows us how powerful words are in the very first chapter of the Bible where he says:
“Let there be light”
“Let the waters under the heavens be gathered together”
“Let the dry land appear”
As Christians we’re called to follow God’s example and that’s the very first example He gave for us to follow. I’m talking Genesis  Chapter 1.  So even if you’ve never read much of the Bible, you’ve either read or heard Genesis Chapter 1.  And in that very first chapter God tells shows us how to “call those things which be not as though they were.”
And when we do that we align ourselves with the Word of God.  And the Word of God is what?  It’s power. It makes things happen.
I think it’s important to speak by faith, even if what you want to happen hasn’t happened yet.  So I encourage anyone watching this video that’s in a similar situation to do just that –  “call those things which be not as though they were.”
And if you’re dealing with pregnancy loss my friend Erica McAfee has a faith based grief and pregnancy loss group at sistersinloss.com that might be helpful to you.  Sisters in loss is a community of Christian Black women who have experienced loss due to miscarriage, infant or child loss, pregnancy loss, stillbirth or infertility.
Leave a comment and let me know what you think about Michelle Obama revealing that her and Barack Obama used IVF to have both of her daughters.  And let me know what you think about Gabrielle Union and Dwayne Wade using a surrogate.